As previously reported on the socials, Chloe & Tom Laurence, Guy Jamieson and Sam Owen on Tomahawk finished the Ulladulla Jess Sams Game Fishing Tournament in runners up position with 12 tags.

Chloe tells me the conditions were up there with the worst they have fished in for all 3 days. They finished up with 11 stripes and 1 black for the comp in a very tight finish and leading into the final 30 minutes only to be pipped right at the death by Profishent who had a double hook up in the last half hour of fishing. Made for a very exciting comp finish! The team ended up runner up boat, champion male and champion female and won the Saturday shootout. 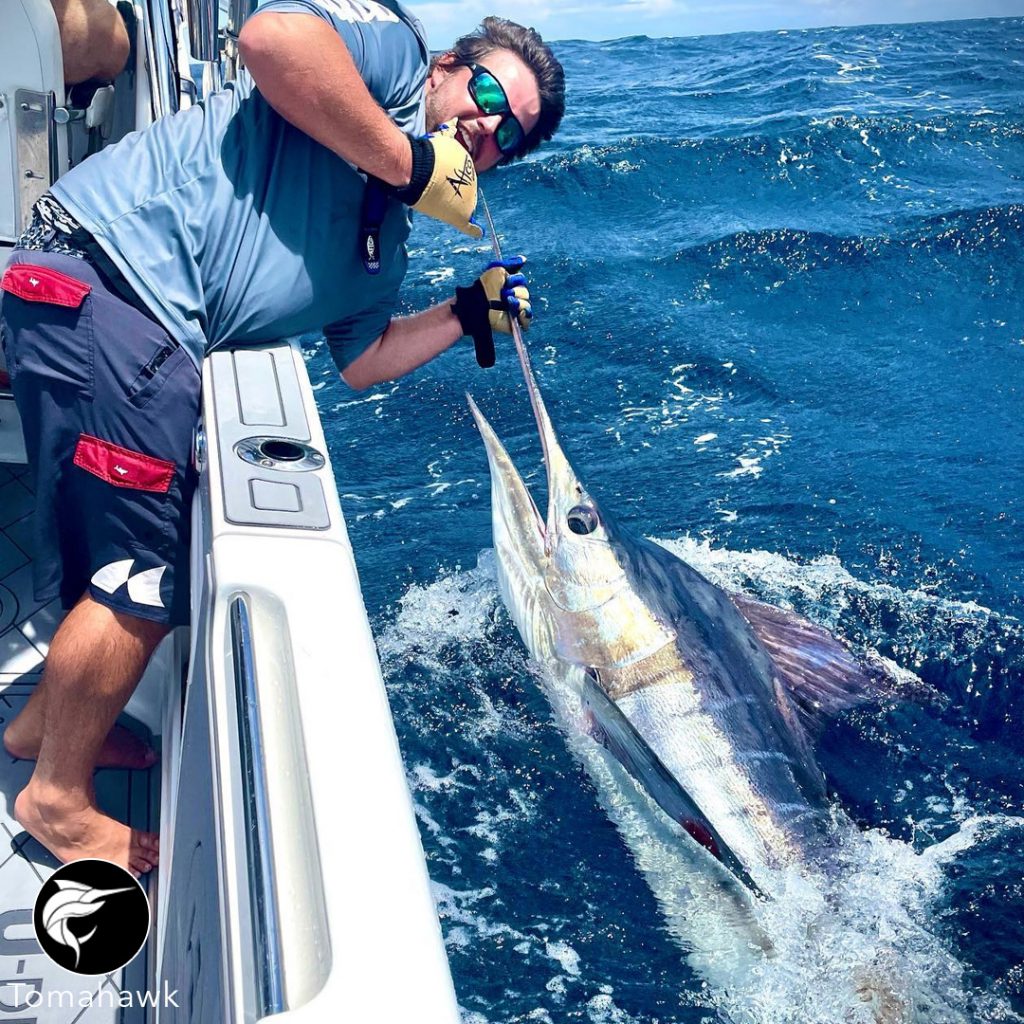