It wasn’t a mirage

Or was it? Seems like the bite kept a lot of boats waiting yesterday as it turned on later in the day.  Early on Gorilla released a nice fish off to add to the two they caught the day before. But all else was quiet on the radio.  Then came the late bite with boats reporting up to three fish a piece down at Linden Bank/Opal Ridge including Capt. Brad on the Reelistic.  Capt. Tim on Tradition also released another nice fish for Greg that they put at 800lbs (photo). No doubt there will be more to report once we are back in phone range. Capt. Dean Beach on Castille III reports there are a few fish starting to show up back on Number 10 so we expect it to fire again soon. 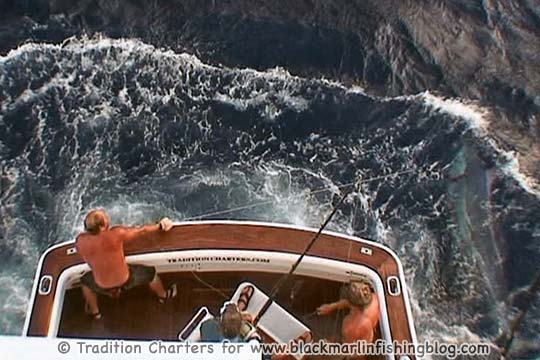