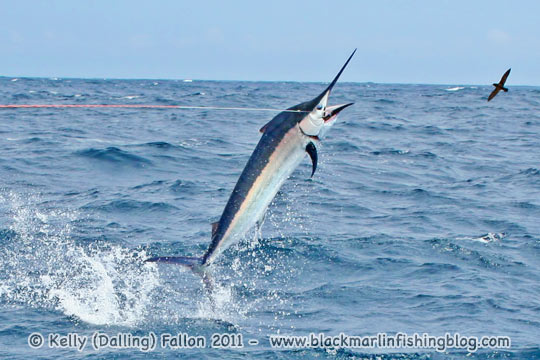 If you’ve been following BMFB on Facebook you’ll know that in the past week the team on board Flying Fisher have been having some great days fishing on the inshore grounds.  On Wednesday, Capt. Scott Thorington recorded his best day of the Port Stephens season thus far finishing with 11-10-10 (9 black marlin and one striped marlin).  They followed up again on Thursday with 4 from 4, two striped marlin and two blacks.

And, they enjoyed another great day yesterday (Sunday) with 7 from 7 – all black marlin.  While there are a few fish (stripes) still being caught at the Car Park, boats fishing the Gibber yesterday also enjoyed some good action including The Force (4), Diversion (3), Calypso and Broadbilll with a few stripes among the mainly black marlin.