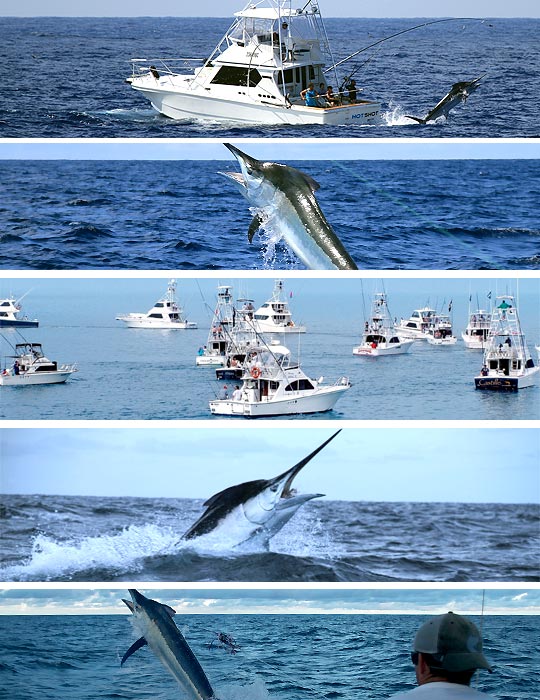 Every year in September through December, giant black marlin return to the warm waters of the outer edge of the Great Barrier Reef, from Cairns to Lizard Island. They come from all over the Pacific, giant females to sizes in excess of 1,000lb.

This is the best place in the world to fish for a grander black marlin!

If you are interested in fishing on the reef in 2011, the following boats have vacancies for:

If you’re not a subscriber, you can read the rest of the June newsletter here.