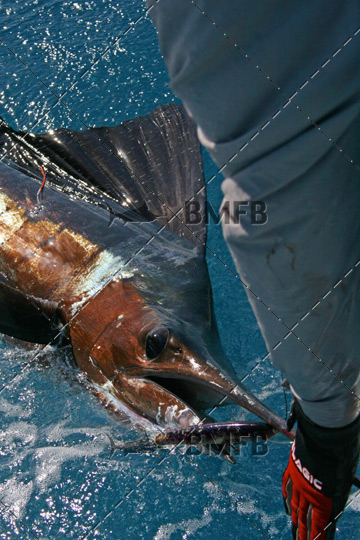 The August newsletter has just gone out. If you haven’t subscribed already, you can do so here.

Another light tackle report has also come in today from Capt. Rob Wood who tells me that the sails have arrived off the spit at Fraser Island. Rob tagged one while passing through the shallow water last week and reports that there is plenty of bait in the area with some good size fish spotted on the sounder.

Black marlin have also turned up at 1770, within 3 km of the coast. Rob says the arrival of the small blacks in August usually coincides with a good years game fishing in the area so we’re looking forward to hearing more!

Meanwhile, boats in the south are making the most of an awesome bluefin tuna bite wide of Sydney.  Mark Curtis tells me that fish to 90kg were weighed on Saturday. On Sunday Ivan Bennett on Ambition got a 60kg fish and then weighed another 130.5kg!! Mark predicts the weather will probably shut it all down tomorrow but in the meantime, boats in numbers are getting great quality fish.