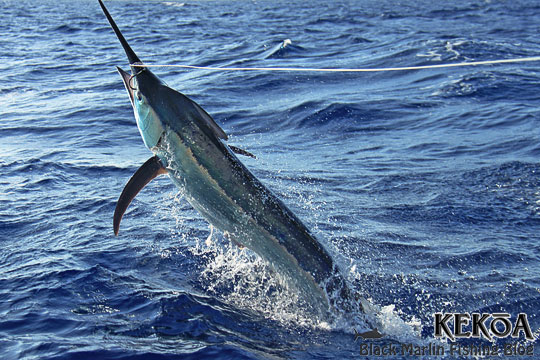 Fewer reports from fishing on Sunday. On KEKOA we left port again and headed to the grounds off Euston Light where we went three from three on small male blacks. One of the fish had a very distinct bite mark from a Cookie Cutter shark, photo below. As did the dolphin fish we caught on the way out. 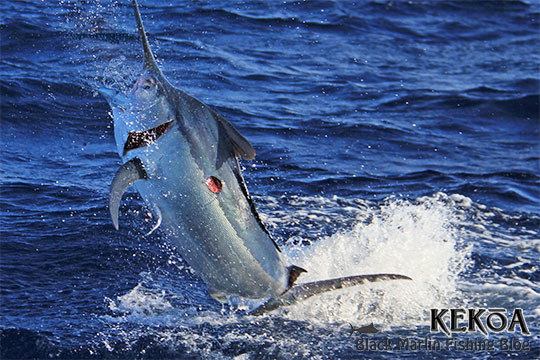 Back at the bottom of the bank, there were a few fish raised but without luck. Paul on Think Big told me he raised a few smaller males that tried to eat the big bait without success and one big female who did, but without hookup. Capt. Daniel Carlson and team on Little Audrey left Cairns yesterday, and then returned again last night!  Mate Jeff Hudson has broken his shoulder (hope it gets better soon Jeff!). They head south on their extended journey home to Sydney today.  Dan said they missed a double header straight after lines in (including one nice big fish) and raised a couple more.