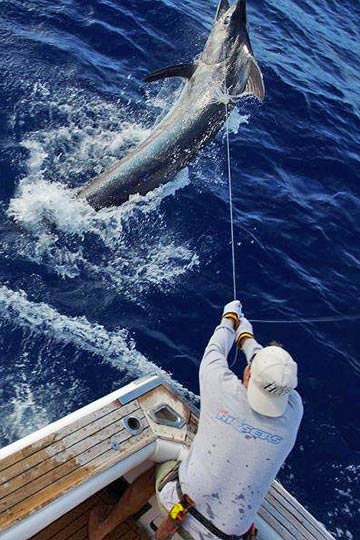 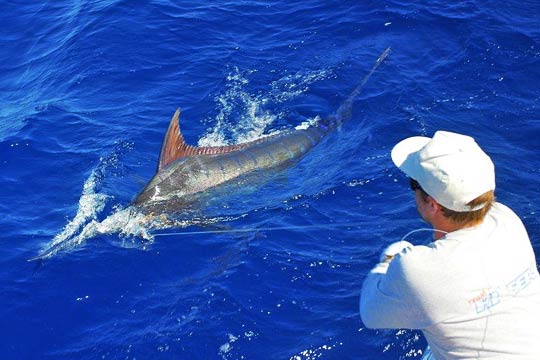 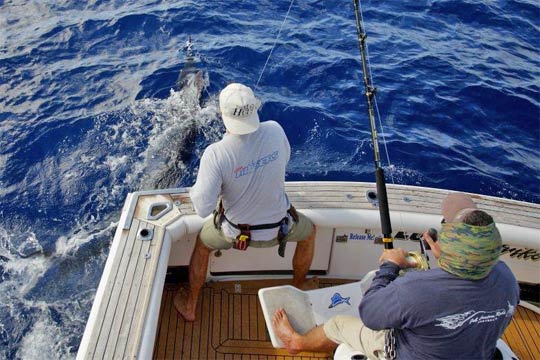 Bruce sent me the above great shots from Monday’s big day blue marlin fishing on Lucky Strike with Capt. Ross McCubbin (6 from 8 – report below).  There are some great ones there – thanks Bruce!

Meanwhile, there are still fish being caught off Sydney and Port Stephens. Rod Findlay on Murrifin reports 2 from 2 on striped marlin on Good Friday.  Rod said they spent most of the day in the deadly depths looking for blues, catching a striped in the morning and the other one in the afternoon (and wished they’d spent the day on the edge instead).

Scotty Thorrington’s Flying Fisher weighed a potential Junior record which went 118kg on 15kg – just missing the record by a couple of kilos.  Jay says they are on 121 marlin total for the season now and have had a few days off last week from the weather and are back into it tomorrow for another 2 weeks.

And Terry sent me the video from last year’s Port Douglas Marlin Challenge for anyone who’s considering fishing the reef this year. The 2012 comp is scheduled to take place on 7-12 November 2012.