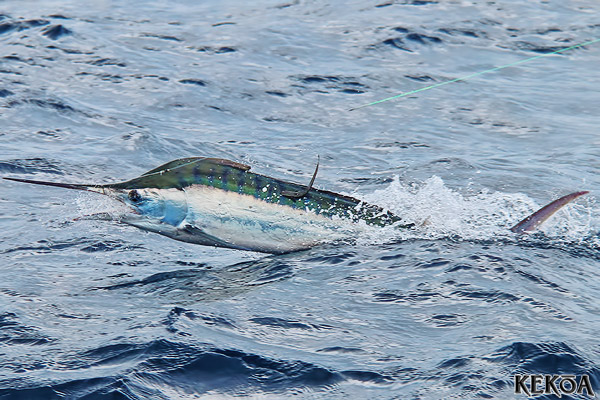 Still picking away at the little black marlin on KEKOA yesterday for Jan, above.

The little black marlin reports just keep coming as Steve on Stressless repeated his success out of Yorkey’s Knob last week with a 7-6-5 again on Saturday just gone. Steve says that he has noticed an increase in the size of the fish due to the abundance of bait around.

And some catch up reports from Maverick off Townsville that went 8-7-6 on Friday at Bowling Green and from Ross Martin, Ashely Warland and Justin Andrews who released 4, two sails and two blacks off Hayman Island on Friday as well. Ross said one of the sails was of the tiny variety, being all of 5kg if that.

Meanwhile back in the Gulf, Ben Bright is picking away at the sails again going 4 from 6 over the last three days of fishing.