While most are yet to switch over to heavy tackle fishing (more of the fleet will begin fishing for the bigger blacks over the next couple of weeks), there are a few out on the Ribbon Reefs and beyond.  Capt. Brett Alty on Mistress sent me some pics of their last week or so on the reef.  Last week, fishing with four guests from across the ditch on board, Michael Melody and Alan Coliz each caught their first black marlin at around the 250lb mark while Michael’s father Alan Melody caught a juvie black inside while bait fishing on the laser pro. (Photos above.)

This week Barry (Alty) is back on board, fresh form his Nova Scotia trip. Barry has caught 2 fish in the last 2 days – again both around the 250 to 300 lb range in the middle.

Meanwhile on Castille III Capt. Brad Craft has just returned from a trip out wide into the Coral Sea. Brad says they hooked up on an estimated 5-600lb blue marlin, and the boys speared a 450lb black marlin but lost it. As always, plenty of dogtooth tuna were caught and the boys enjoyed the good weather. 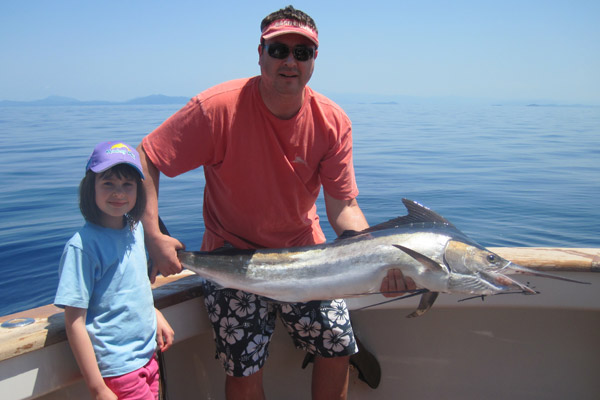 Capt. Corey Hard on Askari has likewise begun his heavy tackle season with a 500lb-er at Number 1 Ribbon caught last week. This week they are fishing with Shane and family on board in the Hinchinbrook area. Shane sent me this photo of daughter Monet’s first black marlin yesterday. At only 8 years old, Monet did a really great job and is looking forward to many more. Shane’s wife Simone also got her first as well, going 2 from 3 in just 4 hours of fishing. 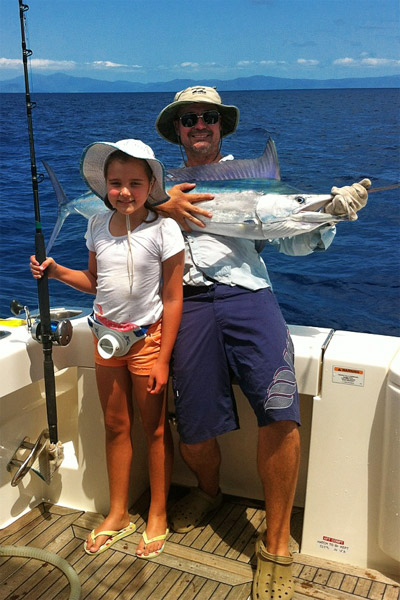 And yet another first black marlin for young Imogen Thomson yesterday with her family and dad Grant on CJIG who departed Cairns for their annual school holiday’s trip north to Lizard Island.

They will switch over to heavy tackle as they head further north with Imogen’s brother Julian looking to add to his tally of heavy tackle blacks from last year.