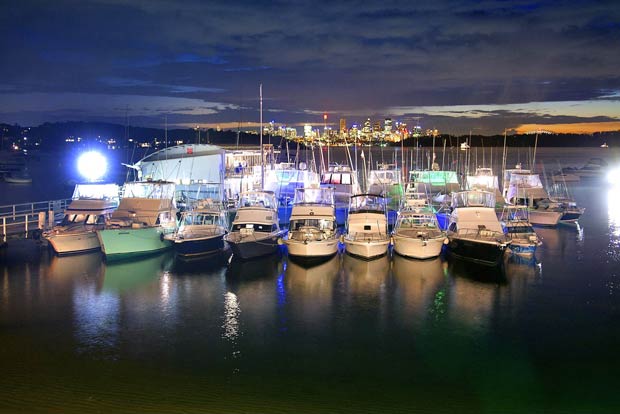 Sydney Game Fishing Club, Little Audrey, 2013 Peter Goadby Memorial tournament was held over the weekend in light winds and overcast conditions. Many boats reported slow fishing over both days and dodging water spouts and storm clouds seemed to keep most captions busy, with plenty of interesting pictures taken.  A total of 5 marlin were tagged during the tournament, and a host of other game fishing also included in the mix. The ‘Champion Boat Tag and Release’, was Team Tanacious, who landed themselves among other prizes, a 3 day live aboard trip to cairns, for 4 people, during the heavy tackle season. In runner up position was Seadeuce who also tagged a marlin and couldn’t find the winning mahi mahi! The lady anglers on Team Smart Bill continued their good run this season, with Elena Smart tagging one short billed spear fish to take out ‘Champion Lady Angler’ and ‘Tag and Release Other Game Fish’. 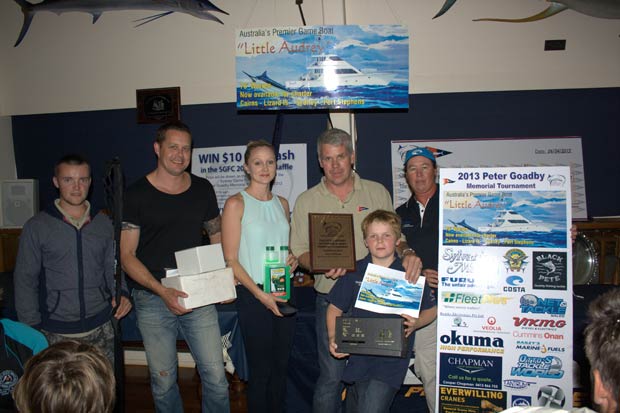 On the capture side of things, there were no marlins weighed during the tournament however, Team Blood N Guts successfully boated a nice 97.4Kg Mako on 8Kg line to strategically win champion boat capture with 8,597 points and crewman Nathan Sowter finished with ‘Champion Angler Capture’. Runner up was Sniper who captured a 124.2Kg tiger shark on 15kg line to finish with 3,856 points. Of particular note was the capture of a 61.7kg yellow fin tuna by SGFC boat Na Langa, who took out the most meritorious other game fish prize. 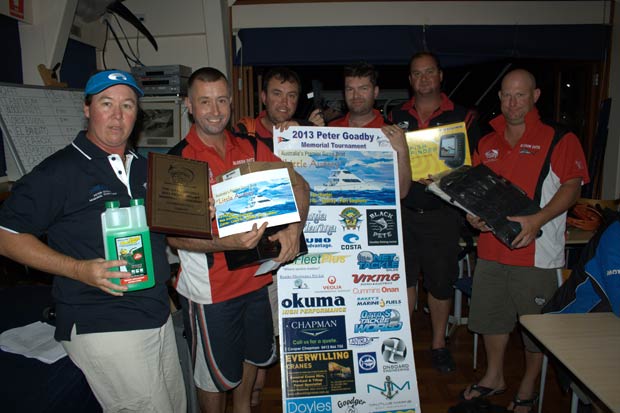 On Saturday night SGFC concluded their major Raffle selling all but 2 tickets of the 200 tickets. The $10 000 was won to a very lucky John Hartley, who was reportedly sold a ticket at Port Stephens by an excited Pitchy during this year’s interpub.

Well done to all of the competitors in this year’s tournament, with 39 boats entered the usual giant raft-up was good fun and a great way to meet other likeminded fishing fanatics. We hope to see everyone again next year, or at our Mako Tournament in August.

The full list of winners from weekend is listed below:

Thank you very much to Daniel Kirkby for the full report!