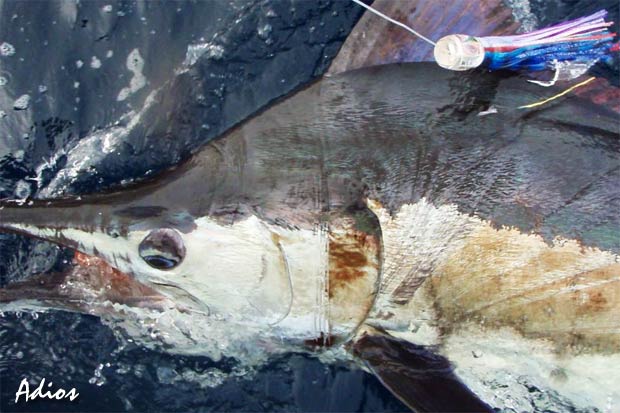 Gold Coast GFC President Darren Malaquin reported that the final two sat tags, a part of the Great Northern Brewing Gold Coast IGFA Great Marlin Race which (part of the Cabo Hatteras Billfish Shootout in April), were launched over the weekend. Both were blue marlin for Don Hawker, a first time marlin fisherman from New Zealand, and the club’s Tim Read fishing on Adios (photo of one of the fish above). They also had another shot from a striped marlin which would have topped an already impressive day.

Look forward to seeing the results of the sat tag data/race once they come in!