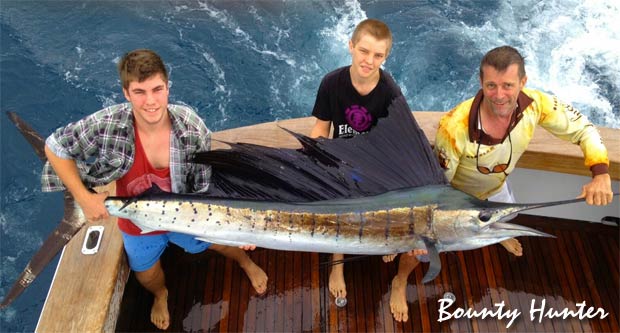 Off Cairns, Capt. Kim Andersen, at the wheel of Bounty Hunter braved the weather to fish Saturday releasing this sail for Caleb Hitch for his birthday. Happy Birthday Caleb! Kim said there were plenty of spanish mackerel around as well. With the wind back up again now and forecast to continue for the next week at least, it may be the last report we hear for a while! :-)

Meanwhile in NSW, with the marlin fairly quiet and most anglers having already turned their attention to tuna with plenty of big yellow and bluefin being reported further south, Running Bear recorded their final marlin of the season on Saturday off Swansea. Duncan Manderson sent in this pic of the striped marlin for Running Bear’s owner, 83 year old George Clift. A nice fish to end the season for them – which was the only fish they saw on the day. Congrats George and thank you Duncan for the report! 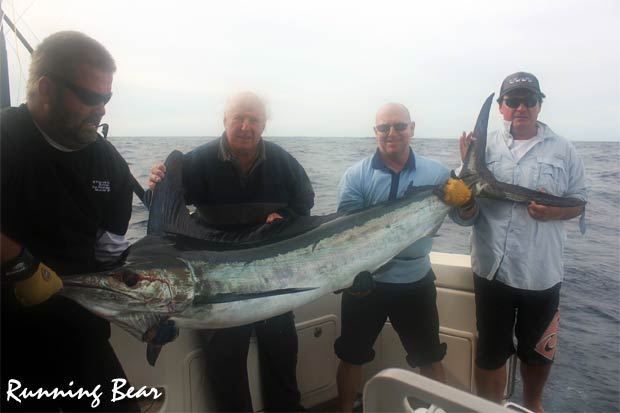