With the weather driving us all kinds of crazy here in the north over the past few weeks, it was nice for the Townsville GFC boats to finally find a weather window to fish down to Cape Bowling Green and get amongst what promises to be a repeat of 2012 action for the juvenile black marlin on light tackle.

Over the weekend the club held its annual mid-winter Billfish Bonanza – only 6 boats were able to fish due to the weather for a total 6 black marlin and one sailfish tagged. The Champion Boat for both Saturday and Sunday was Mick Dykstra’s Reel Crazy with 4 billfish tagged overall. And Champion Angler went to Shane Flynn with 3 billfish tagged. Renee reported that all marlin were 10kg and under, and there were some big sails seen. 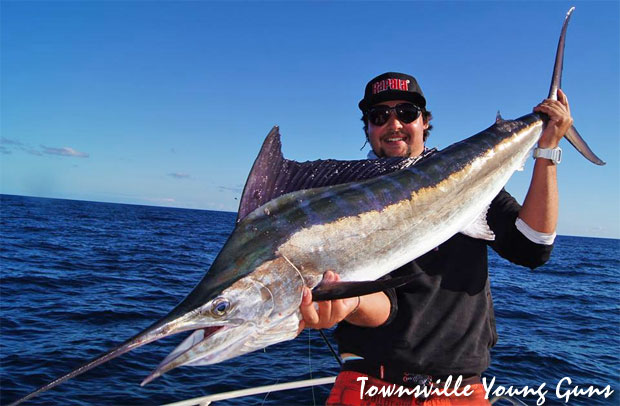 Monday’s weather was better allowing the club young guns to get out for a looky as well. Ethan reported a 5-4-2 for the day, their first day back on the billfish since last year.  They released a decent sized sailfish as well as a little black (photos above and below). Ethan said they worked our way north from the southern grounds and saw plenty pillchard schools on the surface that they caught most of the fish off. And there wasn’t much in the way of by-catch harassing the baits either. 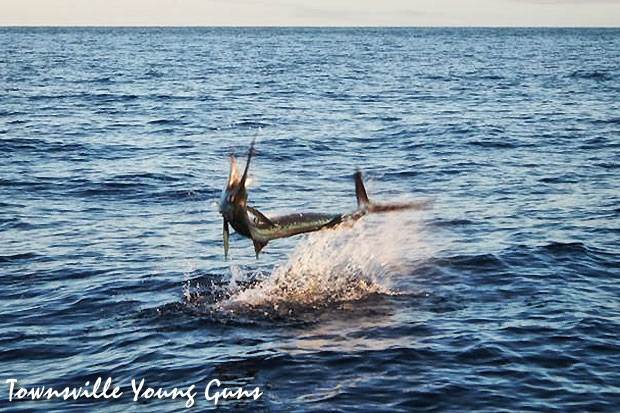 On Tuesday Renee was back out on board Reel Crazy with the Dykstra’s and also finished up with two from 5.  Renee said they tagged 2 blacks from 5 including hooking up on a triple header!

Eyes are on the north again now in the leadup to the tournament season. The weather looks good Townsville – get on out there. Here’s hoping it shaping up for another great year!