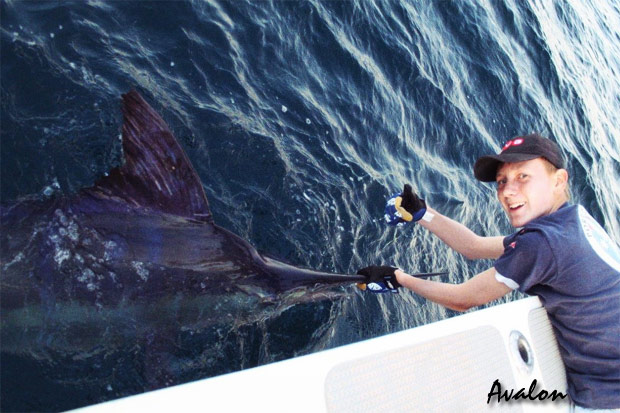 Catch up reports from a family day on the water celebrating Father’s Day for the Rayment family. Bruce says that after a day of catching albacore and yellowfin tuna off Sydney on board Avalon, 14 year old James Rayment tagged and released a striped marlin of around 90kg. The fish was James’ first striped marlin and first marlin of the season for Port Hacking GFC! Congrats James! (photo)

Larva Lures also reported a blue marlin tagged off the Gold Coast on board Adios on Friday. This comes a day after Addixion went 2-2-0 also on blues including one that they put up around the 800lb mark.