More biggies on the reef

Another day, another big fish.

Capt. Craig “Sparra” Denham on Black Label had his first real nice one of the season yesterday releasing a fish that he put at ‘over 900lbs’ after jumping a smaller one off at the top of the Ribbons. He’s heading south today and into Cooktown tonight.

I also have reports of another big fish yesterday but give me a bit more time to find out who and where :-)

Meanwhile, in the Middle, Capt. Jim Dalling on Billy The Kid was back out and straight onto a 500lb-er.

And a catch up with reports from the team on Capt. Bobby Jones’ Iceman who are 5 from 5 this trip adding another two Monday – including a nice fish that they put at 850lbs – as well as one yesterday at 600lbs.

On Capt. Luke Fallon’s KEKOA, we came down from the top pulling the bait out of a nice one after a short fight before converting another for Dean, another Shellharbour Bay GFC alum. 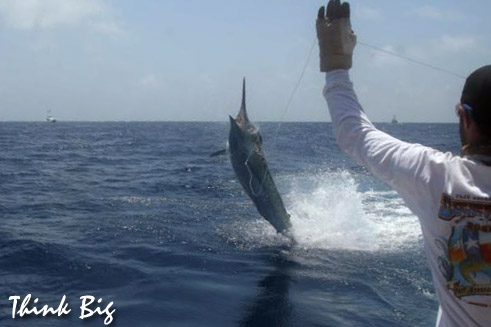 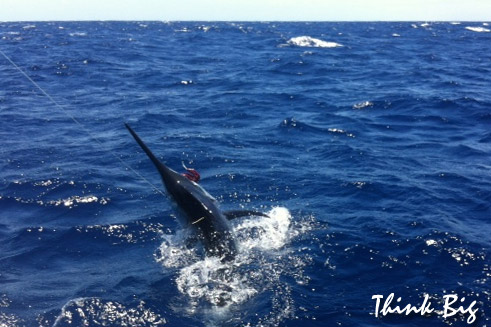 A couple from the Poulter family’s Think Big above including one from during the tournament and below that, young Adam’s first heavy tackle marlin which was on the way up to Lizard. Congrats Adam! 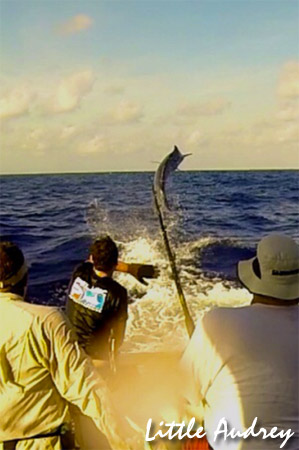 Another from pre-tourney above on Capt. Daniel Carlson’s Little Audrey that he put at 450lbs. 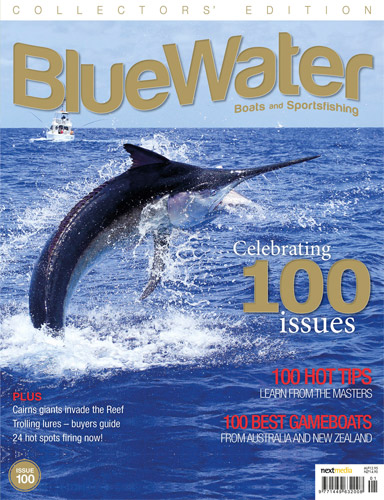 And lastly, the 100th anniversary issue of BlueWater Boats & Sport Fishing Magazine goes on sale today. It has a feature about Cairns 2012 with plenty of nice pics of fish from last season including this one on the cover that I took of an 800lb-er on KEKOA. There’s also a really nice double page spread of a big one on Iceman.