A bit more positive looking yesterday with the typical November flat calm conditions settling in. And with the weather window, a few boats headed wide with mixed results.

Private boat Kyrenia, skippered by Capt. Damon Gruzdev, was the one who found a few fish with a small black released on the way out to the Seamount. Then late in the day as they approached Holmes Reef (which is further out, about 90miles out from the edge) they released two more with a successful double header on fish that Damon put at 400 and 700lbs. More to come when they return to the range no doubt.

On the edge itself, Bounty Hunter owner Greg Sims put his 14 year old niece Morgan onto her first heavy tackle black marlin that he put at 200lbs on Linden Bank.

And on the other side of Cairns, on board KEKOA we released this one (photo) for Jason which was another good fun fish on the 50lb stand up gear at Jenny Louise. 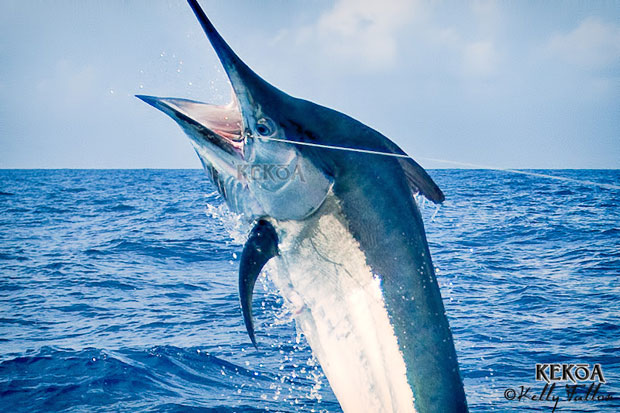