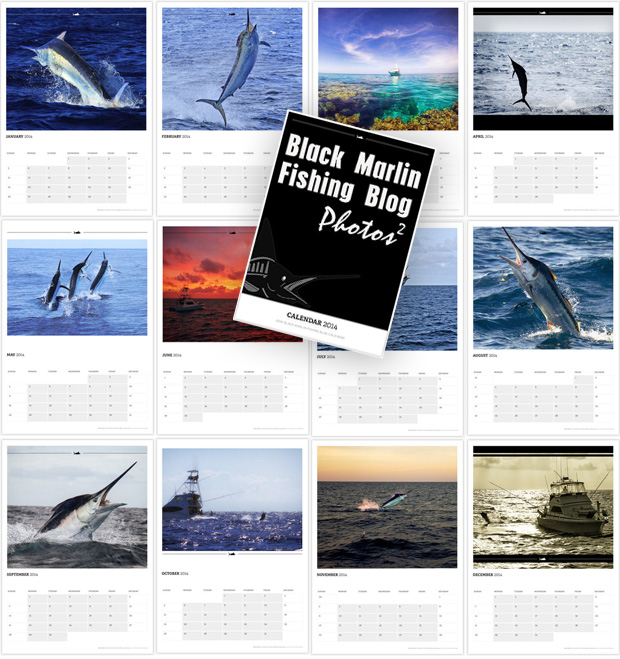 The 2014 Wall Calendar is now available for sale

Cairns: Still a few boats taking advantage of some good weather this week to fish offshore on Linden Bank and wide. Capt. Brett Goetze’s Reel Chase on their last liveaboard trip of the season started off on a high with a fish that Brett put at 600lbs before lunch on Wednesday.  Brett says the fish took about two hours to bring to the boat on the 50lb standup tackle and there was a bit of rod passing going on! They followed up later in the day with a sail before lines in.

On their way north to some fun and games at Princess Charlotte Bay and also taking advantage of the glamour weather, Greg Simm’s Bounty Hunter have encountered plenty of yellowfin and dolphin fish and also went one from two on blue marlin off Jewel Reef estimated at 200lbs.

And heading the other direction, and hitting the weather after a glamour run, Capt. Tim Richardson’s Tradition is on its way home to the Gold Coast. Tim says they caught two blacks at 100 and 350lbs off Fitzroy Reef/Lady Musgrave.

And a catch up report from Anton who was fishing aboard the Moey Uainne skippered by Peter Malady at The Rivierra grounds/ Jims Mountain off the Gold Coast  on Sunday. Anton says they trolled lures for 3-4 hours with not much luck, and just when they decided to call it a day, got hit by a 60-80kg black which took off on a good run before leaping out of the water and throwing the hook. Better luck next time!