Sunny Coast Hotting Up, Cairns and Upcoming Tournaments this Weekend 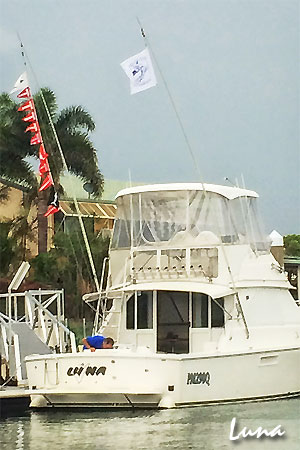 Sunday was a very good day on the water for Mooloolaba GFC club boats. Club President Nathan Douglass tells me that among the boats finding the fish were Tim Starlings Big Wave Dave who tagged 4 black marlin, Adrian Wright’s Bangalee who tagged 2 and Mick McKinnon’s Privateer who tagged 2.

Nathan was fishing to the north on Wayne Douglass’s Luna  and tagged 1 black for Sunday as well. But returning to the hot spot on Monday, with Conor Lynch joining them on deck, they followed up with 5 black marlin tags – a great start to 2014!

Throw in 2 tuna and a wahoo as well and that’s a great day on the water. Nathan said that all of the fish were in the 15-25kg range.

Meanwhile in the north a good run of calm weather (which looks set to end this week) has seen many out chasing gamefish on the reef with the occasional blue marlin still around. Before the weekend the extended family on Bounty Hunter enjoyed a day on water finishing with 6 yellowfin for take homes including two nice ones in the 50lb range (photo), while off Cooktown, Hellraiser released this nice sailfish on Saturday. 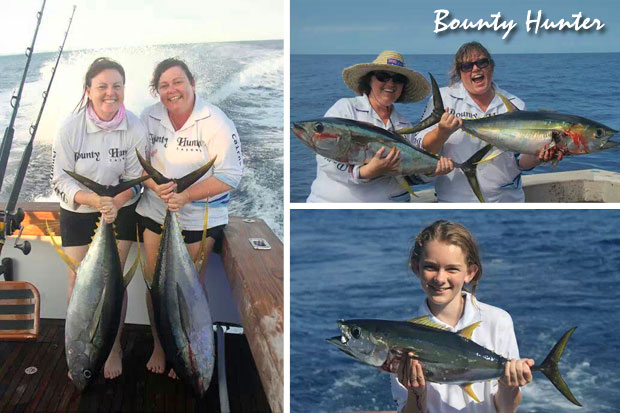 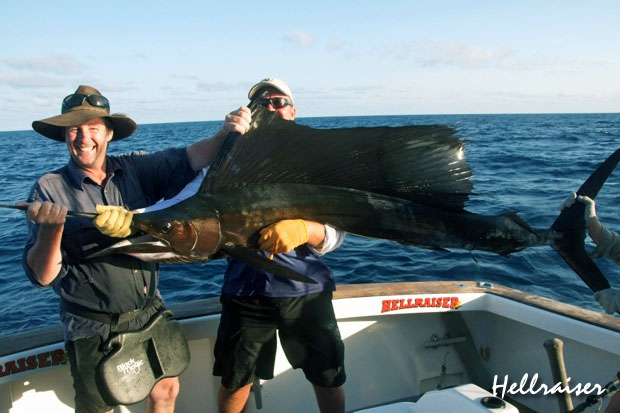 Two big tournaments are upcoming on the weekend with the Gold Coast Light Tackle Masters and Port Macquarie Golden Lure comps respectively.  There have been plenty of light and heavy tackle fish around on the Gold Coast which should make for a competitive event – there is a heavy tackle component to the tournament as well!  Stay tuned!