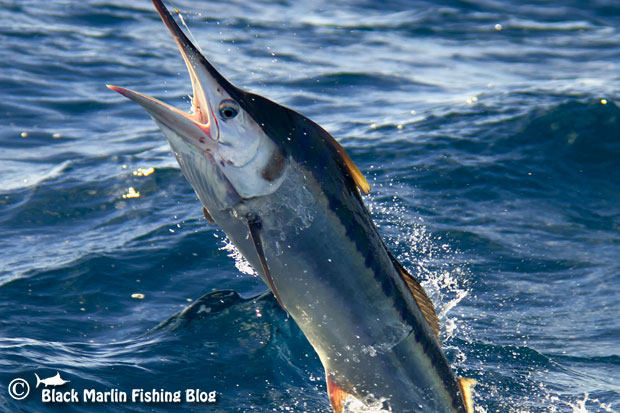 Another report from the thick of the action from Capt. Ross McCubbin on Lucky Strike who recorded another 3 from 3 marlin tagged and released yesterday. Ross said that two of the fish were black marlin about the 50kg mark. The third was a striped marlin that he put at around the 100kg range – another great fish on the 8kg tackle! Ross says that another 20 or so marlin were tagged on Day 2. And with other boats getting in on the action as well (I believe another boat had 4 tags yesterday), it’s coming down to the wire on the final day!

Sounds like there were some good fish for the start of the Port Macquarie Golden Lure yesterday as well so looking forward to an update from there.

Mooloolaba GFC boats are once again in the thick of the action on the Sunshine Coast as well. Nathan tells me that Reel Hunter tagged 2, Luna tagged 2, Reel Action tagged 1, Fish Whisperer tagged 1 and Filthy tagged 1.

But by far the best part of the day was watching junior Max Proctor on Dragon Lady tag his first ever black marlin and Nathan says that the smile could be seen from miles away! There were many congratulations from passing boats and over the radio and it’s one day he will never forget. Go Max!