More from the fishy weekend

The Mooloolba GFC Billfish Babes tournement was run and won on Saturday, although I heard the ladies did not quite have the same run of fish that was reported further to the south (Gold Coast fired on Saturday – see previous report).  But by Sunday the fish were back to biting for Sunshine Coast GFC Club boats. SCGFC Captain Brent Higgins tells me that Shearwater and Reel Capture shared the top honors with 5 black marlin each yesterday. With several other boats also tagging fish, the next best result was Misty with 3 tags and they are also lamenting that their tournament was a week early.

Oppositely the Gold Coast didn’t back up quite as well yesterday with the fish harder to find. After a 5 from 6 the day before on Reel Busy, Capt. Ross McCubbin backed up on Lucky Strike with 1 from 3 – fish up to 70kg. 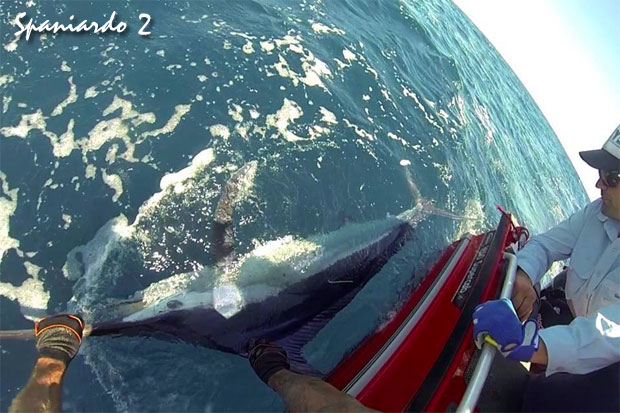 Meanwhile at Port, boats were spreading a bit further wide with many choosing to stay in due to the forecast.  Capt. Scotty Thorrington’s Freedom keeping consistent with another two blacks a bit further to the north. Reports from Ben who also tells me that nearby Rob Curry’s Marquis tagged a 120kg blue, while Ivan Bennett’s Ambition got a grand slam at the Carpark and Myles Weston’s Elempi caught a black and a stripe putting some marlin newbies onto their first fish, and missing another couple of chances.

And I also received these pics (above and below) from Carl Twaddle on Newcastle GFC club boat Spaniardo 2 on Saturday. Carl says that the water wasn’t great but they picked up a couple of fish out of nowhere, no bait or birds. 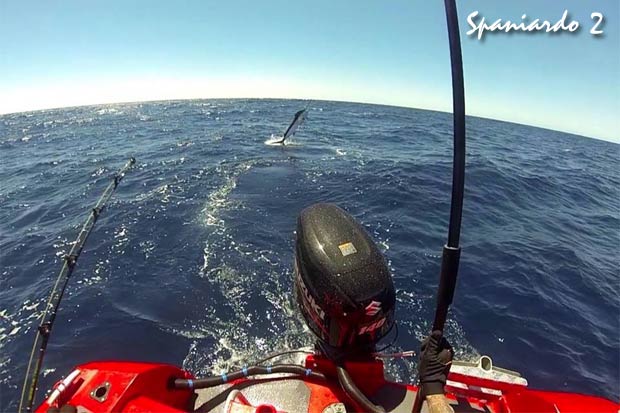