The Exmouth hosted AIBT continued on day 2 in much the same way it started – except it got even better. With 90 tags on Day 1 for the 40 boat fleet, they improved on that on Day 2 with a total of 102 tags!

Today is the final day of fishing for the AIBT while Gamex activities start Friday, the briefing on Saturday and fishing starting on Sunday.

The lovely Jeni Gates (who is missing out on being a part of all the action this year herself) tells me that the majority of fish so far have been small blacks with Team Azura tagging an estimated 350kg blue and several blacks over 100kg reported as well. 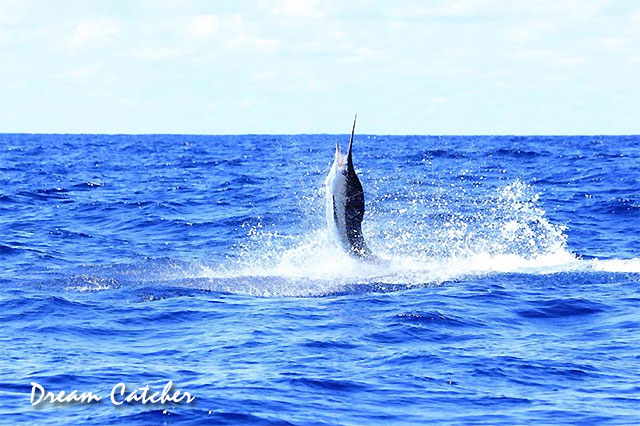 Sam tells me it not stopped at Jervis Bay either with both boats continuing to record good numbers. Yesterday Jamie on Samara Lee recorded another 12-12-8 while Richie on Dream Catcher went 10-10-5. Apparently several more boats have been getting in on the action as well.

Surfers Paradise All Tackle All Species

The Simrad All Tackle All Species (Surfers Paradise GSFC) tournament report is out. Full report below with thanks to Peter Hargreaves. Congratulations to Capt. Brett Alty and his team on Mistress who took out Champion Overall with two black marlin for Champion Angler Barry Alty and to the team on Jugs who took out the Heavy Tackle category with a black and a blue marlin.

Team Small Fry 3 young Bailey brothers fishing with Dad and Grandad, caught 2 whiting and a bream. and took home an estuary outfit each for the Junior/Small Fry Encouragement Award. A top effort considering the weather!