A weekend for the trailer boats – billfish galore!

Hot weekend fishing on the Sunny Coast with MGFC and SCGFC club boats enjoying the days on the water in glamour conditions for a change.  MGFC’s VP Stephen and wife Kellie Jensen’s Monster got amongst the action with 7 black marlin and one sailfish release amongst many others including Alex Fenwick and current FishLife’s issue cover girl Kourtney Kersnovske on Never Home, who had the opposite mix with four sails and a black (photo of the action below), and Jamie Behren’s Reel Hunter who got three from five (blacks). 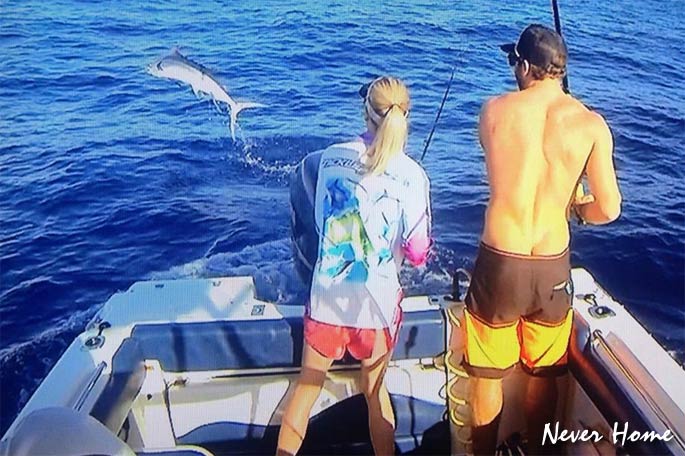 Update: Although Lachlan (usually on Catapult) wasn’t among the action on the water this weekend, he managed to scrounge up some more results for me (thanks Lachlan!) for the Sunshine Coat GFC boat fleet: Saturday Misty tagged 6, Catapult 3 (and added another Sunday), Reel Capture 3 and No Name 1.

Also representing the Sunshine Coast GFC yesterday, the Kamikaze team who are currently in Los Suenos, Costa Rica, for the IGFA Offshore World Championship. On a pre fish on board the Spanish Fly yesterday (Spanish Fly was the boat that caught the white blue marlin recently) they released 13 sails and 3 dollies.  Brent said that it was an amazing day on the water for them as they saw hundreds of free feeders on the surface balling up bait with their sails. Good luck for the tournament – look forward to hearing how they go (I hear their draw has them back on board Spanish Fly on day 2 as well!) 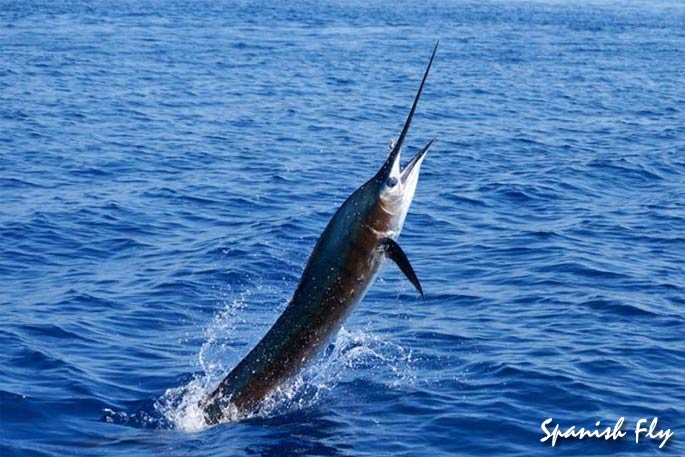 Not as much action on the Gold Coast this weekend but boats also out enjoying conditions and pre-fishing for the Gold Coast GFC Heavy Tackle Challenge this coming weekend. Matt Caelli reported a 3-3-2 on Jugs on Saturday which was made up of 2 spearfish (to 31kg) and a blue marlin jumped off.  Matt says that although the GC has been quite hit and miss of late, there is good water out there so hopefully the fish come on for the comp next week! 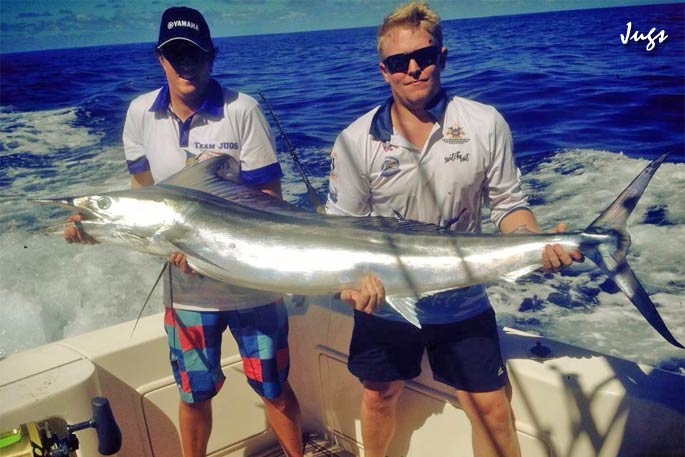 More from the trailer boats this time at Port Stephens and from Andy and the Fritto 1 team fishing with Matt O’Brien on his boat Go Deep during the weekend trailer boat comp with the goal to score the boat’s first marlin. By midday the Gibber had delivered with a small black taking an interest in the slimy Andy had thrown out on the spin gear, which they successfully tagged and released moments before the light leader broke!  It was the first fish for the boat and was also enough to give them 3rd place in the comp.

Andy says they also jumped a second off late in the day which spat the bait before the hooks set and that there are still a few blacks around. The Gibber looks very fishy with acres of balled up slimies and predators galore with it hard to keep livies out without getting harassed by dollies and striped tuna.  Presumably also many yellowfin around as they got a 14kg fin on a deep-set live bait as well. Great collection of shots below from Andy and Matt showing the activity on the surface and sounder (!) with Al McGlashan boat amongst them. 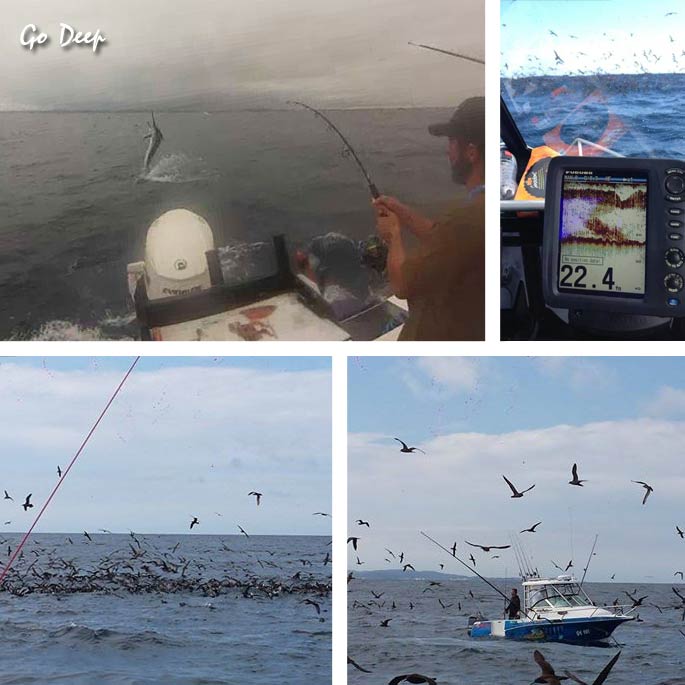