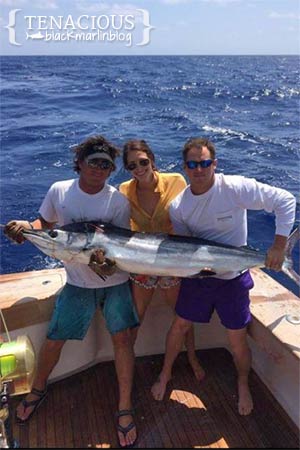 Another Aussies Abroad report from yet another Cairns season regular Dean “Pup” Ford, who has been on the deck of Hot Shot and Kekoa and most recently Calypso and is currently in the US, Bahamas and DR working with another Kekoa alumn Jarad “Dingo” Boshammer and Capt. Danny Ford on the Swann family’s Tenacious for the summer season.

Dean reports that they recently fished the custom shoot out in the Bahamas catching 2 blues for Stephanie Swan to 400lbs which saw her taking out Champion Lady angler and placing 5th overall. They also lost an estimated a 800+ lb blue marlin with 30 seconds to go on the last day, again for Steph, that would of won them the whole title, but unfortunately it jumped a big circle and went back though the main line breaking them off. (In four days of fishing including a prefish day they went 4 for 5 on blue marlin and 1 for 3 on whites.)

The boat is now down in Cap Cana in the Dominican Republic. They have fished 4 days so far catching 4 white marlin.

Above is a pic of the hatchet marlin they caught on a fun day for Kasey’s sister Kori in the Bahamas whilst still setting the spread at the start of the day before the riggers were even down! 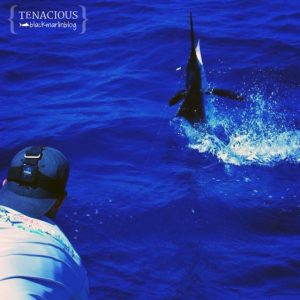 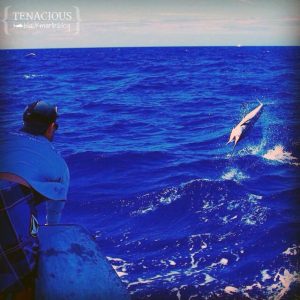 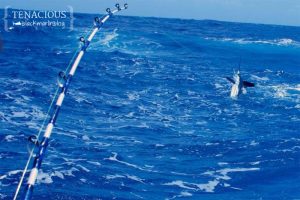 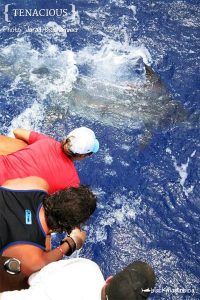 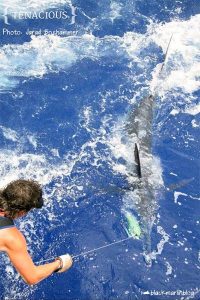 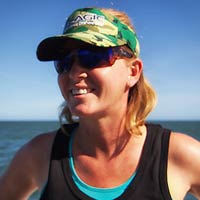 The Black Marlin Fishing Blog began in 2005 and is the brainchild of Kelly Dalling, daughter of one well-known Australian skipper Jim Dalling and now wife of another, KEKOA’s Luke Fallon.

Submit a report by email or text to 0434 520 343.
Interested in working with Kelly? You can email her here to discuss.

Interested in fishing here?
Australian marlin fishing at its best

An alphabetical and geographical listing of the professional fleet who also contribute reports to this blog with links to each website.

This page lists profiles and contact information for the very experienced captains who contribute reports to this blog and offer fishing charters across the country.

Considering a day trip, live aboard or a mothership charter? Detailed information on each as well as what you can expect on your trip.