I was having a chat last evening to Capt. Brett Alty on Mistress, who has made great time on his journey north from the Gold Coast to Cairns (and a blue marlin on his new Tornado lures within an hour and half of them going into the water off Fraser – watch the video), and fished his first day of the Cairns Giant Black Marlin season yesterday at Linden Bank. And it was another great day with two fish at 200 and 800lbs!  (Updated.)

Anyways, Brett was telling me all about it when we had to cut the call short. You guessed it, another hookup! And another big fish. Although they weren’t able to quite convert it fishing in the dark – what an awesome start to season 2014! (Images to come.) 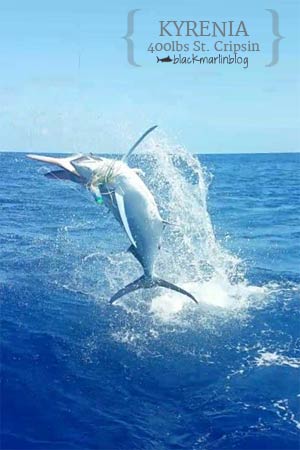 I also heard of another nice fish on private boat Reel Cross on the Bank yesterday as well while Port Douglas private boat Kyrenia with Capt. Damon Gruzdev released this one on left at St. Crispin Reef that Damon put at 400lbs.

And up on the Ribbons, Capt. Tim Richardson on Tradition, on the first day of a new trip released a 700lb-er for his guest Steve from Texas, his first black marlin today, and his biggest fish ever. Tim says it was 1 from 2 for them today and they topped off with coral trout for dinner! Pic at bottom. And although I didn’t catch up with him after yesterday’s fishing, I heard from Capt. Chris “Sharky” Miles on Levante early yesterday who released a couple of smaller fish on his trip so far as well. 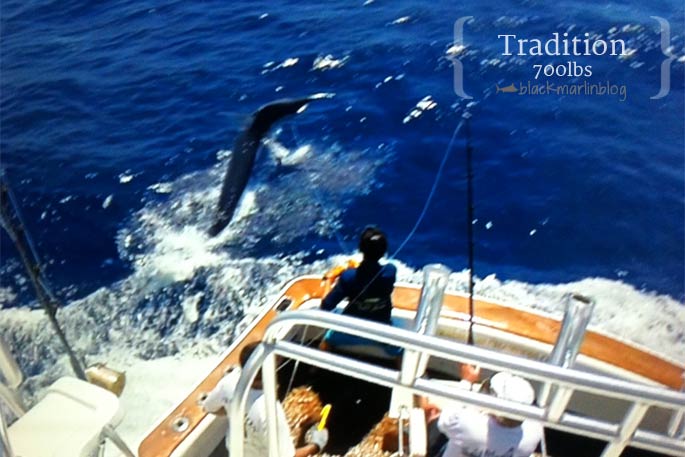