Big fish show up on the Bank

It’s been a while coming but word is that Linden Bank fired yesterday, but it was still Linden Stadium if you missed it!

Capt. Brad Craft on Castille III had his turn at the big fish wheel releasing 4, all after 3:30pm with 3 of those fish in the 900lb+ category (including a double header of 900lb-ers!)!  And another who bid farewell to their season 2014 on the Bank yesterday, Capt. Jared Weir’s Shaka who ended the day with a nice fish just before lines in.

Likewise, Capt. Bobby Jones Iceman finished up his season with his Marlin University guests with three at 900lbs, 550lbs and 250lbs. Great to end the season on a high!

And the first of the season videos, here’s one from the sea maiden Tara on deck on board Capt. Craig “Sparra” Denham’s Black Label. Many more to come I’m sure!

And a catch up photo from young Dylan Brier-Mills fishing on Hammer in the Yorkeys Knob Makaira Bullfight (report) who took out the Runner-Up Under 7.5m with this 250lb black that ate the 50lb on the afternoon of the second day. 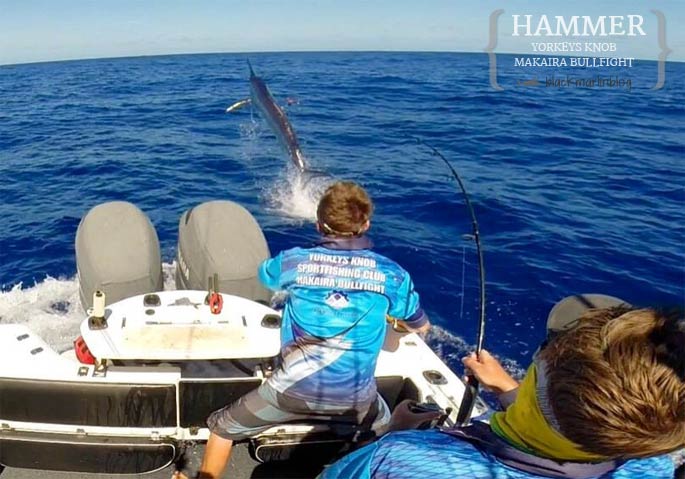