The giants are still here

Capt. Brad Craft on Castille III followed up on a big fish Wednesday with a bigger fish Thursday putting his angler Steve from Kentucky onto another big fish, again one from a double header, that he put at 999lbs+! 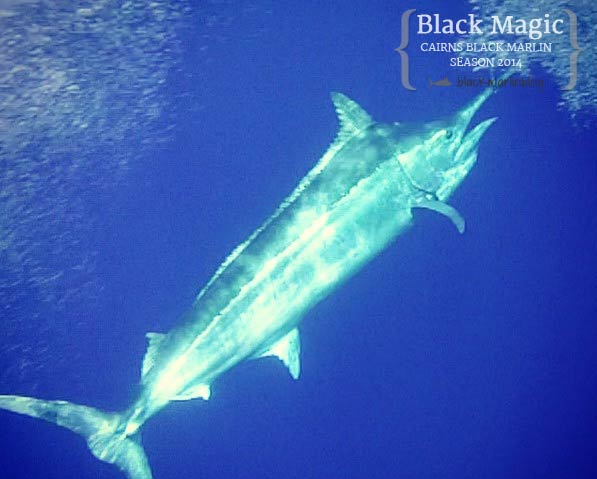 Capt. James “Jimbo” Bladin’s Black Magic also put his anglers onto a couple of big fish nearby on Linden Bank that he put at 800 and 900lbs in pretty quick succession. Great underwater shot above.

Capt. Darren “Biggles” Haydon on Bounty Hunter is back out with the second group of anglers from Marlin University and put them onto a big one on the first day that he put at 900lbs and missed the bite from a smaller fish.  Biggs says that fishing for him has been steady steady, and although the missed the last day of fishing of the previous 5 days of marlin uni, still released 5 for the trip including a big one!

And the last remaining up in the Middle, Capt. Kim Andersen’s Duyfken put Sophie Curry onto a fish that he put at 650lbs for her birthday! Happy Birthday Sophie!