Heading south yesterday, Capt. Craig “Sparra” Denham, at the wheel of Iona II returning her south after the Cairns season, continued the tradition of blue marlin off Musgrave and Fraser with a blue marlin he put at 500lbs south of Musgrave yesterday (Friday)!

Also on the blue marlin off the Gold Coast, Conor Lynch tells me that Matt Thomson christened his new Carribean 2400 Private Equity with one from two blue marlin on Wednesday – the first for for the boat – congrats Matt!

And on Thursday, Capt. Ross McCubbin on Lucky Strike followed up from the day before with 3 from 5 black marlin in the 15 to 25kg range before the weather moved in – might be a quiet weekend on the water in SEQ! 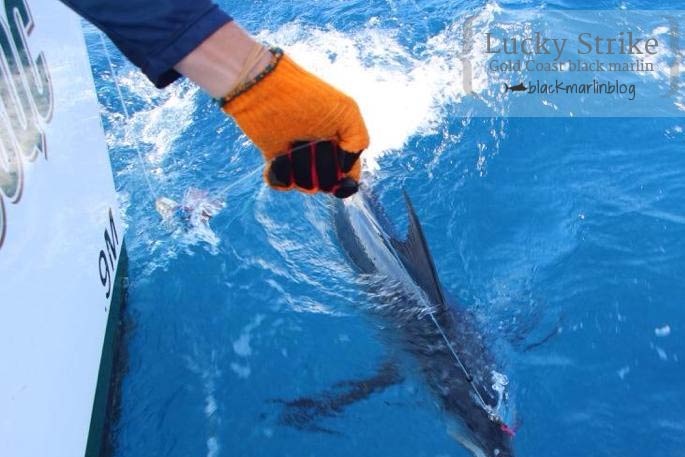