The marlin fishing is hot seemingly nation-wide at the moment (in the marlin hotspots anyways!) and finally those Western Aus fisho’s have put the rod and reel down long enough to send me a report ;-) Don’t worry, its worth the wait!

Exmouth, WA: Murray and Eddy from Peak Sportfishing have given me an update on their season progress since before Christmas (well December 21 actually) having added another 35 billfish in the last 11 days of fishing.

That brings them to a season tally of 74 blue marlin thus far.  Also of note, they managed yet another marlin grand slam on the 29’th of December for angler/client Brendan Coleman. Murray says that while the weather forecast for the next few days looks challenging, they will be out there doing their best to raise and catch a few more. Its all about the “blue marlin, blue marlin, blue marlin!” 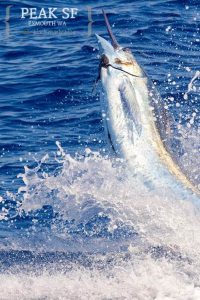 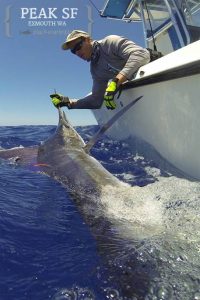 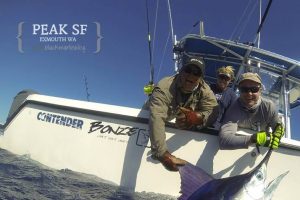 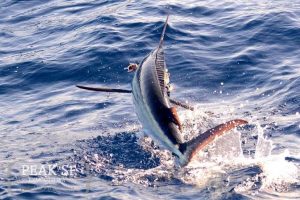 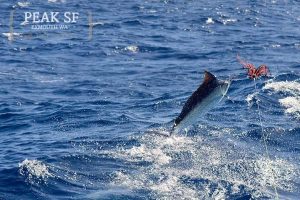 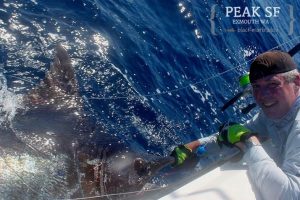 Gold Coast: Still good fishing off the Gold Coast. Yesterday, solo angler Tony, fishing with Capt. Ross McCubbin on Lucky Strike, went home with slightly longer arms after releasing 10 from 13 black marlin up to 80kg. And the day before, Gypsy’s Capt. Matty Johnson put his anglers onto a 6-6-5 before switching over to the bottom fish!

The Central Coast’s Bluewater Classic was held over the weekend leading off the tournament year and I heard there were a few billies about. Report to come!

Further south to Jervis Bay, Bruce Rayment and crew added their 2nd striped marlin in 5 days for Port Hacking GFC boat Avalon with skipper Bruce getting a striped marlin about 65kg at the Jervis Bay Kink. They were fishing out of Sussex Inlet on the NSW South Coast the shelf line from Ulladulla to Jervis Bay which has been firing with many strikes, hook-ups and tags. Fellow PHGFC boat Monster Magnet skippered by Mark Corbin went 3-2-1 for Guy Jamieson after another fish earlier in the week.

And while we are down that way, Bermi Bait and Tackle’s Josh McCue tells me that there are also a few stripes starting to turn up of Bermagui over the past week. Josh says that the weather has been fantastic so boats of all sizes have been out chasing the early season fish (have I jinxed it now?). There is plenty of bait stacked up from 60 fathoms to the shelf with the main areas of activity being from the kink to the bottom of the 12 mile.

All indications suggest this could be a good season for Bermi as there’s a few more fish also being raised but not hooked or caught.