12 from 15 black marlin on the Gold Coast.  A broadbill swordfish off Moreton.  5 from 7 black marlin off Sydney. It just gets better and better!

Glanville smashes it in the rough on Monday

Braving it in some unfriendly conditions yesterday that saw most stay home (in the trailer boat no less), Glanville’s Ocean Instinct certainly made it worth the effort.  On what Glanville called a pretty special day on the water, he ended up with 12 from 15 little black marlin in the 10-30kg range. Glanville reports another hot afternoon bite that included 3 double hook ups. They even managed to catch one on a bait jig after losing every bait jig they had on the boat to marlin. Eventually the weather chased them home.  Let’s hope they still there when the weather clears up! 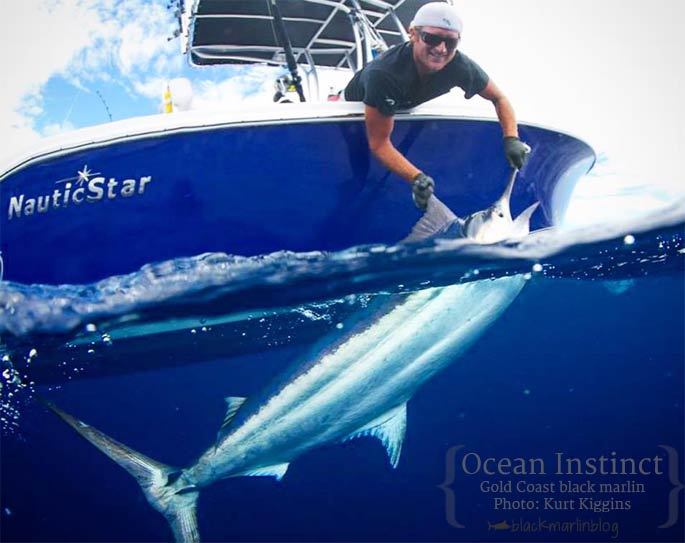 Glanville said he’s really been enjoying catching the little guys but he’s just about ready to switch back to the blues. I hear there have been a couple on the Sunshine Coast (reports?) in the leadup to the Sunshine Coast Classic this weekend.

And speaking of trailer boats, though in quite substantially different conditions (and quite substantially different in size), Micheal Umback sent me a catch up report from the weekend fishing until 11am in his 4.3m Cross Country and going 4-3-3 on little blacks 25-40kg. Micheal says while they weren’t as bit as the week before, they were still a lot of fun in the little boat! 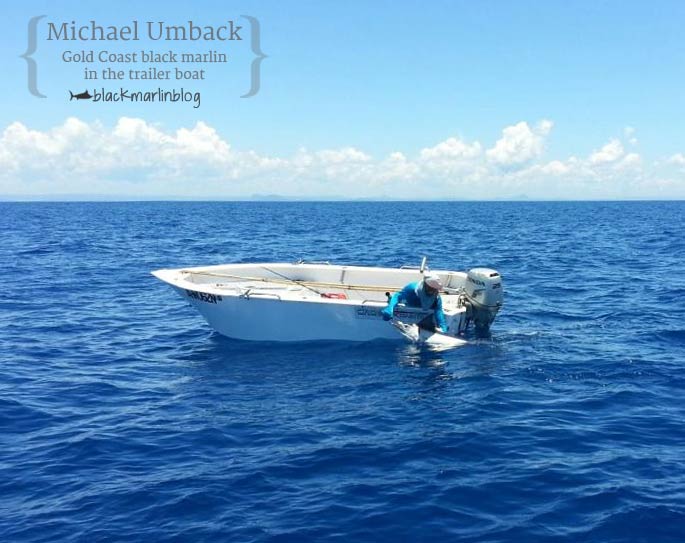 For a more unusual catch, Roger Wills sent me a report from fishing overnight on Saturday with an estimated 50kg broadbill swordfish caught off Moreton Island on the shelf.  Great success for Roger on his first trip targeting them there!

And all the factors aligned. After a very sloppy run out in his 21″ Savage Marlin Reel Tease, upon arriving at their destination the weather let up for them and it was only 20 minutes into their first drift that they hooked up. While at first, not sure of the species, they had it to the boat in 10 minutes, and after another 10 minute run, were able to get a look at it and confirm it was what they were after!

While its not been a very targeted species over the past several years, there have been a few caught especially baby swords while snapper fishing and the like. But as Roger says that his next target will be a daytime sword, likely not the last!

Photo of Roger’s mate Terry Moore with sword once daylight broke. Congrats to you both! 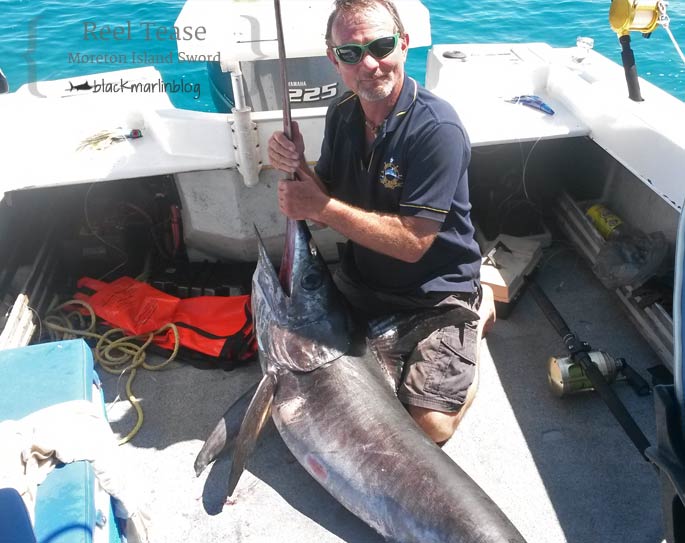 And a report from Reggie Madden from the weekend off Sydney proving the Tainui can still catch them with a 7-5-5 black marlin and  1-1-1 striped marlin!