Michael Umback has been at it again in his 4.5m CrossXCountry. He went 1-1-1 on a nice blue marlin on Friday on a skipping pike and 10/0 circle south of the Tweed Canyons again.

Michael says he’s running mold craft hooker hoo heads to give the baits an awesome action and so he can also troll the baits faster.

They also stopped at a floating log in 60m on the way in to spin up some mahi and saw a free swimming black marlin but by the time they rigged a livie, it was gone.

Some better weather over the past few days has allowed even the smallest boats to get out amongst the blue marlin action all along the Coast. 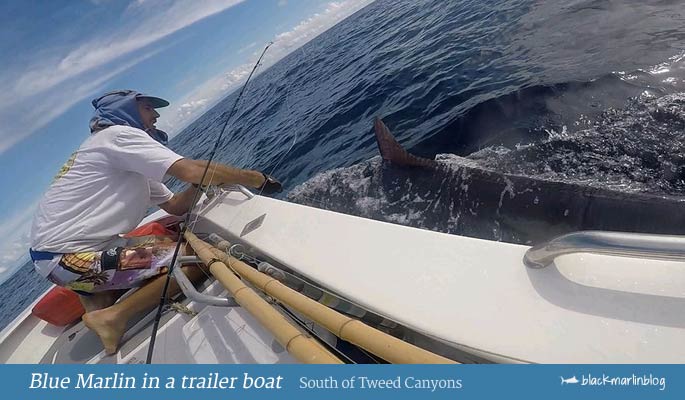