Among the boats heading north to spend some time fishing the Cairns marlin season, Rod Hawkin’s Gold Coast based C’mon Aussie who fished their first day off Cairns yesterday for a 1 from 2 black marlin that Rod put at 250lbs.

And a catch up report from the light tackle side over the weekend with Sharon and Poulter on Think Big. The day started early on Saturday with the first bait hitting the water at 07.30 and the first marlin strike about 20 seconds later.  While that fish didn’t hook up, another fish an hour later converted their first for the day.  Fishing the light 4 and 6kg tackle the conversion were a bit harder but they finished the day 7-3-2.

Sunday was a much quieter day missing one that got hold of the teaser that wouldn’t let go.  Also several Spanish and cobia around and dolphins who found the boat great company. Photo below. 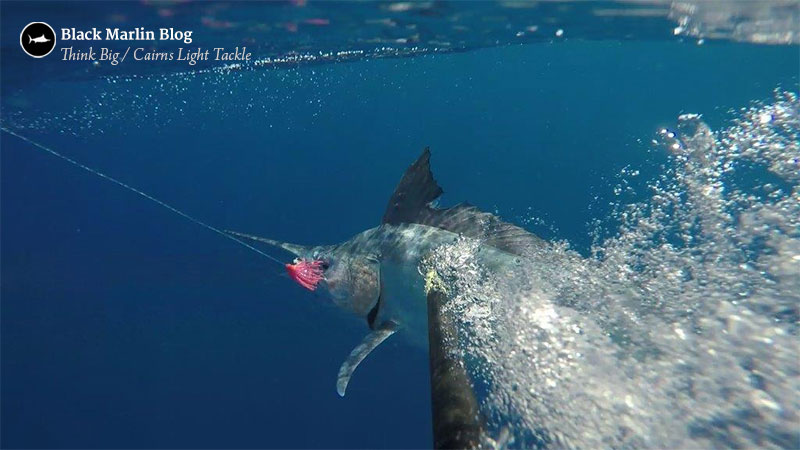 And yet another 7 day trip to the Montebello Islsands down for Blue Lightning’s Capt. Chad Mills who put some time in on the billfish again aside from the great reef/bottom and sport fishing, and was rewarded with a 5 sails – one for angler Aidan (who has been chasing a sail for 12 years!), and first billfish ever for Adam and Geoff, a second sail for Chris, and one for Peter who is practically a veteran! 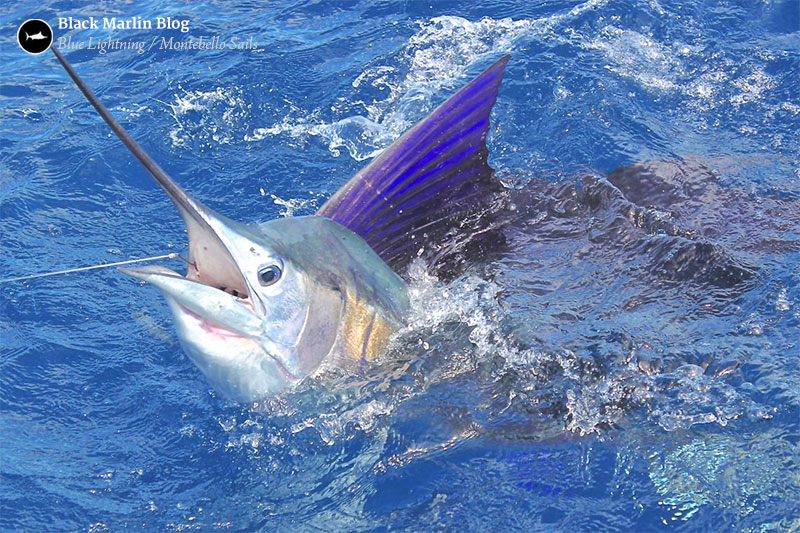