31 boats fished the Solitary Islands Game Fishing Club’s Heavy Tackle Challenge at Coffs Harbour last weekend, which is now in its 5th year. The weather was a bit ordinary both days, switching from northerly to southerly, but there were marlin about. 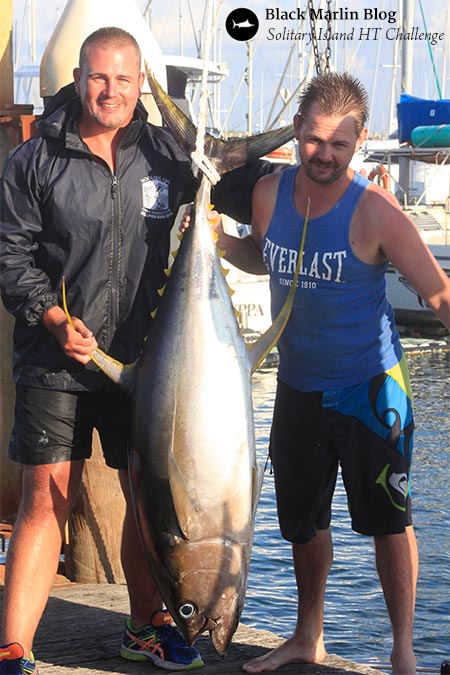 The club also raised $1400 from a percentage of the calcutta money and items auctioned at the presentation dinner. Well done, SIGFC!

On a side note: interesting to see that after 50 days fishing at Port Stephens, catching plenty of blacks and blues, Capt. Scotty Thorrington’s Freedom finally caught a striped marlin yesterday which was one of 3 from 4 (the other two being blacks).

And a catch up report from Jesse Peel who fished the Gibber Monday last week for a fish they put at 100kg which took 3 hours on 10kg!!