Not much to report from yesterday’s fishing although there were plenty of fish caught, most were in the small size and not a whole lot to write home about. I caught this shot of Capt. Bill Billson’s Viking II in action before his return to port on changeover going 2 from 3. Another with two from 3 being Capt. Tim Dean’s Calypso with fish at 200 and 300. Tim says they also had the big fish bite but missed her on the strike.

The only big fish I heard reported was on Capt. Russell Caphorn’s Kaizen with pic of crewman Divan Coetzee on the leader below to a fish Russell put at 950lbs to angler Sam Kelly. 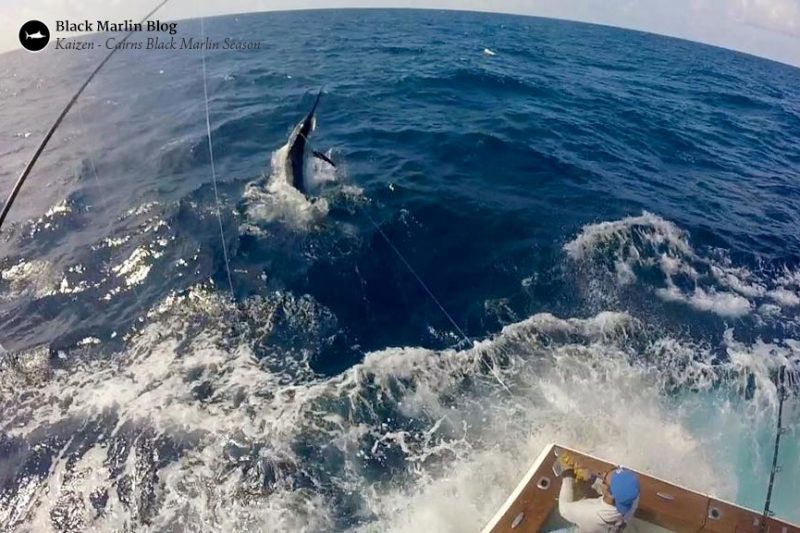