More from the reef

Capt. Brad Curtis was in charge at the wheel of Capt. Timmy Dean’s Calypso yesterday (with Tim back on board today) and was quick out of the blocks with new guests for a nice one at 850 as well as a smaller fish I shot from nearby (below). Duyfken also fought and caught a nice one into sunset releasing it after a four hour fight just before dark. 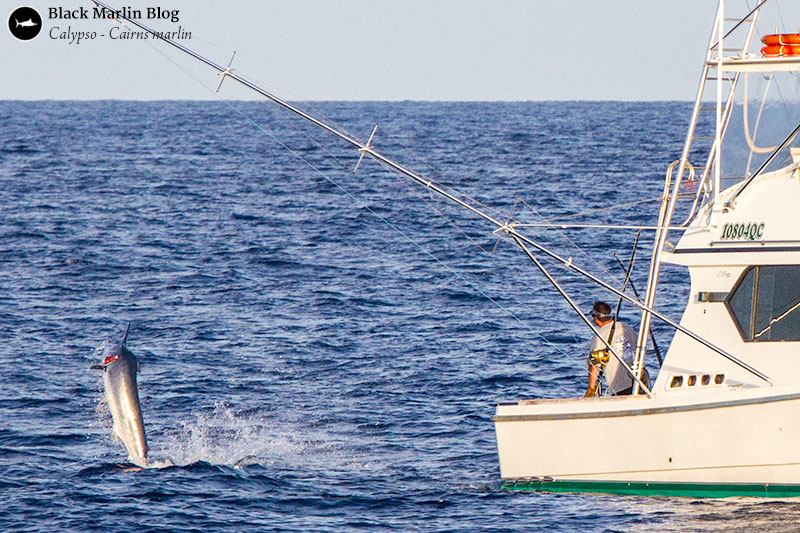 Capt. Steve Ahlers’ Hellraiser also continued his run on big fish with 81 year old angler Pat Mccotter, who has already had some big battles (yesterday’s report) and photo of one of his big fish this trip at top. Yesterday he had a tangle with another monster fighting 2.5 hours and doing an incredible job with an hour at 25-30kilo of drag. Unfortunately the fish was chafed off in sight of the boat. A real big girl put in the 1100 range.

Capt. Tim Richardson’s Tradition finished up his trip with Aaron with a 2 from 4 which makes 12 for the week and a great trip!  On Capt. Luke Fallon’s KEKOA we welcomed our Hawaiian crew back to the reef also going 2 from 4 for Jada and unfortunately lost the big one after an hour’s fight.

And Capt. Darren “Biggles” Haydon on Bounty Hunter was out for the day with a 300lb-er for his guests. 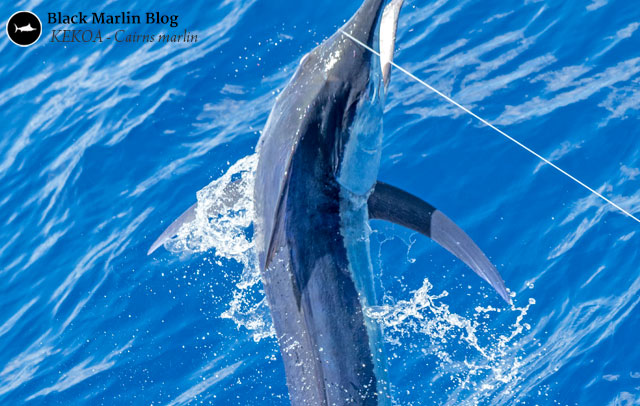