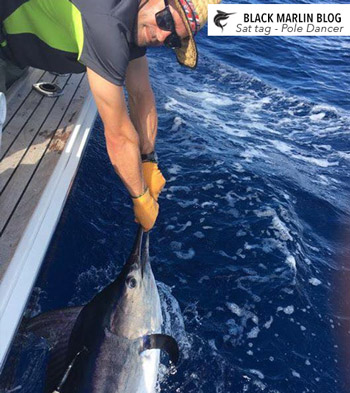 The Moreton Bay GFC hosted the Garmin “Back 2 Tangas 9” tournament at the club facilities on Moreton Island over the weekend (3-5 March).  Stellar conditions of 5-10 knots greeted the fleet of 33 boats, 92 senior male, 7 female and 8 juniors who fished the Friday to Saturday between the Gold Coast to northern Sunny Coast grounds.

Jay Graham’s Chaos team continued the great numbers run they had all season converting 13 to take the win!

David “Tagpole” McMaster’s Pole Dancer was second with 8 black marlin tags (including two Sat Tags as part of a QGFA research project) to put the Sunshine Coast teams in 1st & 2nd ahead of Mooloolaba GFC’s Luna who took out 3rd with 7 marlin tags (and also self disqualified another).

Deano and Bryce Bartleson on One Way took home the Under 8m gong for Sunshine Coast GFC as well with Bryce also winning the Champion Junior award.

Club Captain Jamie Behrens also tells me that other MGFC boats fishing well included Bangalee who finished with 4 and Ymer also with 4.

The committee would like to congratulate all anglers and crews who participated.  Special thanks to all of the Sponsors who supported the event.

Capt. Robert “Smithy” Smith’s Smithy Fishing Charters had a good weekend on charters with a 9-7-2 yesterday and a similar day the day before with five dollies as well. Smithy also tagged one through the week for regular and 91 years-young Edwin Martin from the US.  Great shot at top of Max’s first marlin! I also saw that Mick Wrack on Wrack Off had another good day yesterday with Ethan tagging yet another and also got a second fish for Mitchell Behrens as well.

On the Gold Coast

While still missing the numbers they are seeing on the northern coast, some good action off the Goldy again on the weekend.  Capt. Ross McCubbin on Luck Strike caught a black and wahoo for dinner on a day out on Saturday (pic) while Capt. Craig “Sparra” Denham’s Hot Shot had two from 6 on blacks on Friday and another black and stripe on Saturday. 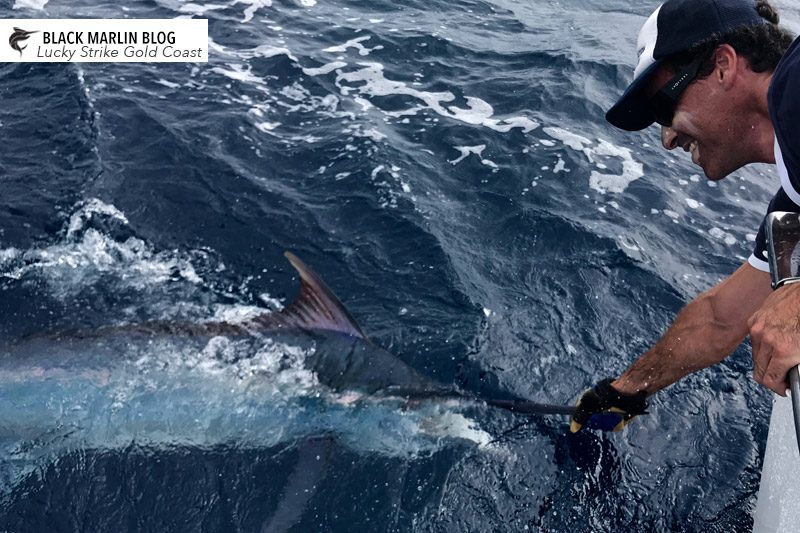