If you were reading during the 2016 Giant Black Marlin Season in Cairns you will have read a hint of the stories of two more unusual happenings we had on board KEKOA. Well finally I’ve had a chance to edit the footage so you can see exactly what unfolded (language warning: not for work or kiddies)

Two cases of having a small fish up and jumping, caught up in the line, while hooked up to a couple of truly big fish.  I think we’ve all had instances of fish swimming through line etc but to have this unfolding above water, when it happened the first time, we thought was a once-in-a-lifetime occurrence.

But then the same thing happened just a couple of days later!!

Screenshots above and below and videos 1 and 2 at bottom. 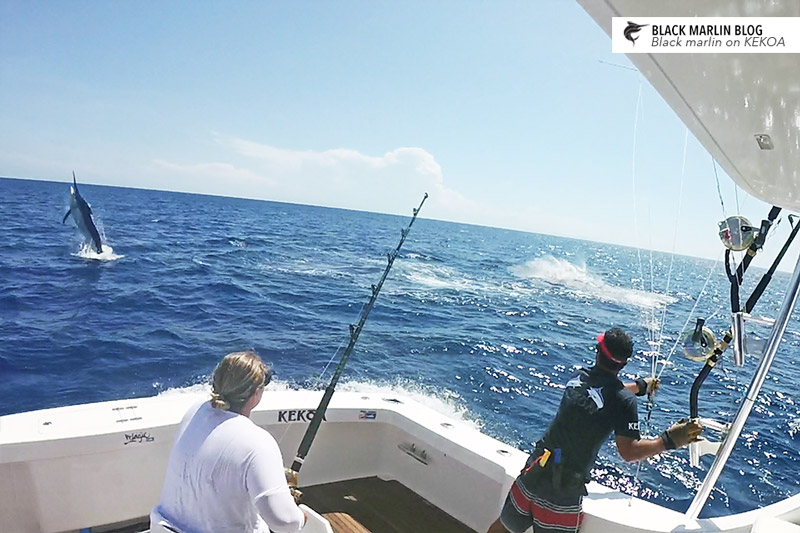