Report from Darren Buttigieg who fished with (and won with!) Tom & Chloe Laurence and Brad Parkinson at the Eden Open Gamefishing tournament on the weekend.

The weekend of fishing has taken Darren’s tally for the season to 48 marlin from 19 days fishing!!

He also reports that yesterday the marlin bite just escalated to a level the south East coast hasn’t seen this season with a couple boats getting 7 each including Nathan Brown’s Head Hunter.

PS apologies for the delays in posting this week as we are on the boat and in and out of phone/internet range! 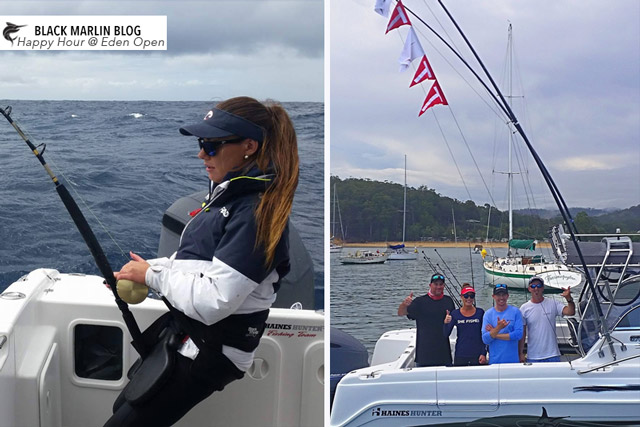