Weipa to Townsville – North on fire!

Weipa Billfish Club members will be hoping the last few days of fishing are indicative of the season ahead with some great numbers on sails recorded since the weekend starting with Wine Down (Darryl and Simone French) who kicked things off with the first billfish of the season. Since then its gone from strength to strength~!

Darryl and Simone followed up with a 7-7-5 on Sunday and were joined by Gaven and junior Dylan Roberts on Striper who recorded a 5-5-4.  Andrea joined Gaven on the Monday with Striper going 12-10-8 and then yesterday it was new club member Izzy McCann’s turn on Big Bills with Darryl French and Craig Boardan recording a 20-15-7.

Like Exmouth (I think!) the billfish fishery of Weipa doesn’t get enough attention..probably due to the fact that there is such a wide variety of great fishing both estuary and inshore!  Weipa’s annual Billfish Tournament will be held from Sept. 30.

Weipa’s Darren Lee on Tag Team might have wished he picked a different weekend to come down to pre-fish for the Cairns Bluewater Tournament at Fitzroy (August 23-27) but still managed some great numbers fishing the weekend with Dave and Elissa Cordukes.  Darren reports a 4 from 6 off Fitzroy on Saturday and 1 from 1 on Sunday with a first marlin for Elissa off Oyster.

The best thing about fishing solo is not having to share the rod!  Peter “Mutta” Mammino probably wished he had a bit of company though releasing a massive 5 marlin and 2 sails solo on Tuesday in absolutely glamour conditions!

And the weather was so good off Townsville too that Luke Katsaros took the 4.3m tinny out for a 4-4-3 for the day. How good do little marlin look next to a tinny?! Photo at top.

Townsville is the next tournament on the northern calendar (followed by Cairns BW and Dunk Island – check the tournament calendar!) and starts next week!

The Cairns marlin shirts are now ON SALE!!  Finalising the order this week and so if you want to guarantee your size get your order in now. Buy online here. 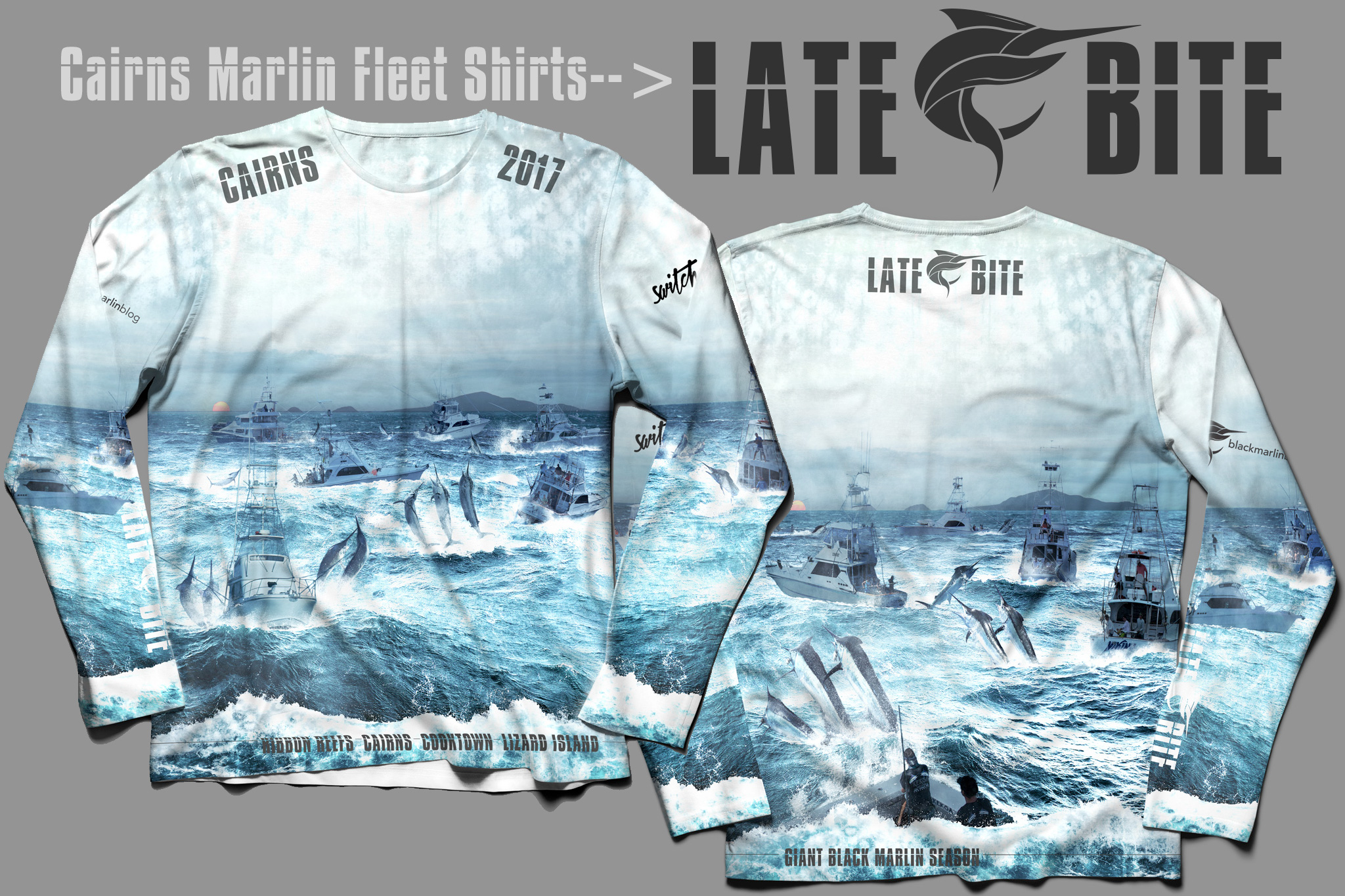