More of the southern fleet boats are arriving in Cairns and heading north as boats begin to switch over from light to heavy tackle.  Capt. Daniel Klein is at the helm of Onsite for the 2017 and picked away at a couple of juvies before returning to Cairns yesterday morning.  Capt. Ross Finlayson’s Top Shot hung up his light tackle for 2017 on another high with 5 from 9 yesterday as well. Ross tells me the numbers were made up of 3 sails (including a double header) and two blacks. They retrieved a tag from one of the blacks too so look forward to hearing more about that soon. Ross is now on track to Cooktown where they will start their heavy tackle season on Sunday.

Capt. Tim Dean is back in town with family and friends for a few days of relaxing fishing on Calypso before starting his season next week as well.

And Capt. Craig “Sparra” Denham’s Hot Shot is making its way north and released an estimated 600lb blue off Fraser Island on the way before following up with a juvie black yesterday. Sounds like the juvies are making their way down there as well!

And the report is a little late but Exmouth Tackleworld’s put me onto some really good sailfish numbers and fishing with Peak Sport Fishing’s Eddy Lawler and the crew on Azura recording 41 sails and 9 black marlin pitching in only 3.5 days of fishing in a trip up to the Montebello Islands! 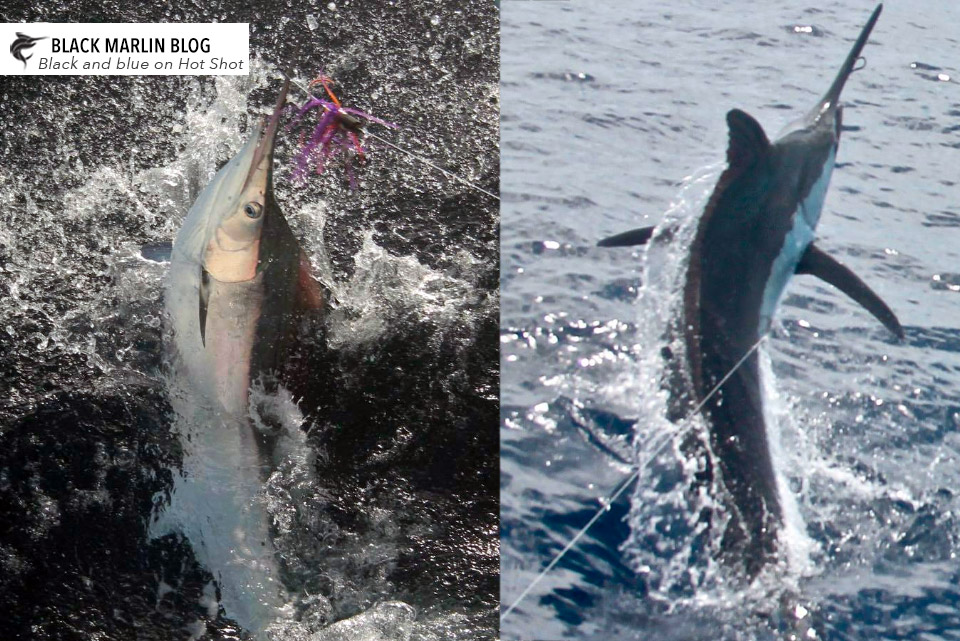