There have been a few more bigger fish making themselves known over the past few days. Topwater Sport Fishing’s Capt. Jason Legg on Black Ops released one estimated at 800lbs and missed one smaller one at Linden Bank Wednesday.

Also on Wednesday Capt. Chris “Sharky” Miles on Katana battled a fish that he put at over 900lbs into the dark. Sharky said the fish did all the good things with some great jumps putting on a show for his anglers. They fought her for 3hrs before eventually giving her her freedom. They followed up again yesterday with another quality fish he put at 850lbs.

Capt. Mark Parkison’s Black Label also put angler Kane Dysart onto a nice one yesterday with this fish also at Linden Bank (photos top and below).

Capt. Tim Richardson on Tradition also found two for his guests. And Serendipity followed up on their big fish the day before with one about 500lbs. 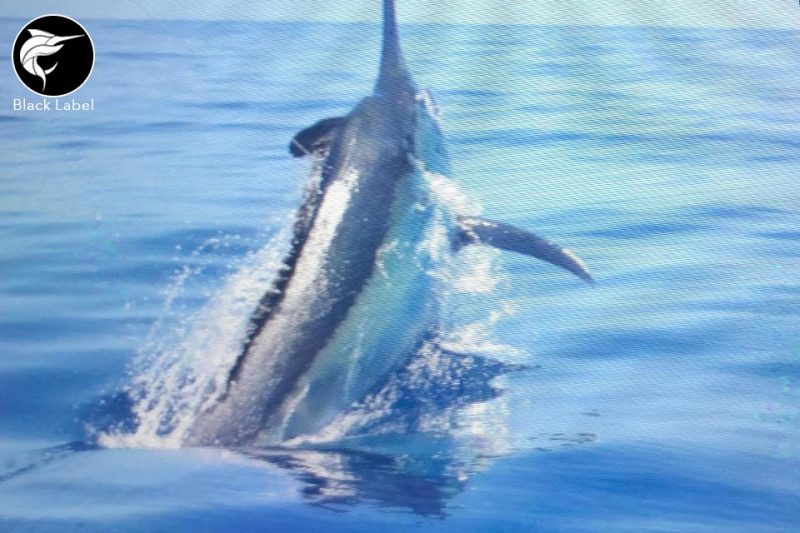