The summer season in SEQ has well and truly started on a high with boats continuing their blue marlin run this week.

On the Sunshine Coast on Monday Capt. Luke Fallon’s KEKOA went 4 from 6 on blues for the Rusterholtz family.  That ends season 2019 for the KEKOA team who return to home port and fishing Fraser Island from the start of 2020! Also on Monday Kaspar Lenigis reported a 3-2-2 blue marlin and also had a monster blue up that didn’t bite.

On Wednesday David Disney-Willis’ Goliath fished south from the Sunshine Coast to the Gold Coast for four blues including one that died during the fight and is now a potential Australian Junior Record for Lockie Johnston. That followed up from earlier in the week with 4-2-2 on the Sunshine Coast. Likewise Wednesday Capt. Tim Dean’s Calypso is also heading south with Dean Ford at the wheel after a big Cairns season and had a red hot blue marlin session off the Sunshine Coast on the way through switching 4 from 5.

And here’s a video of one of 3 blues on Brent Higgins’ Sicario from Sunday in snootier conditions. 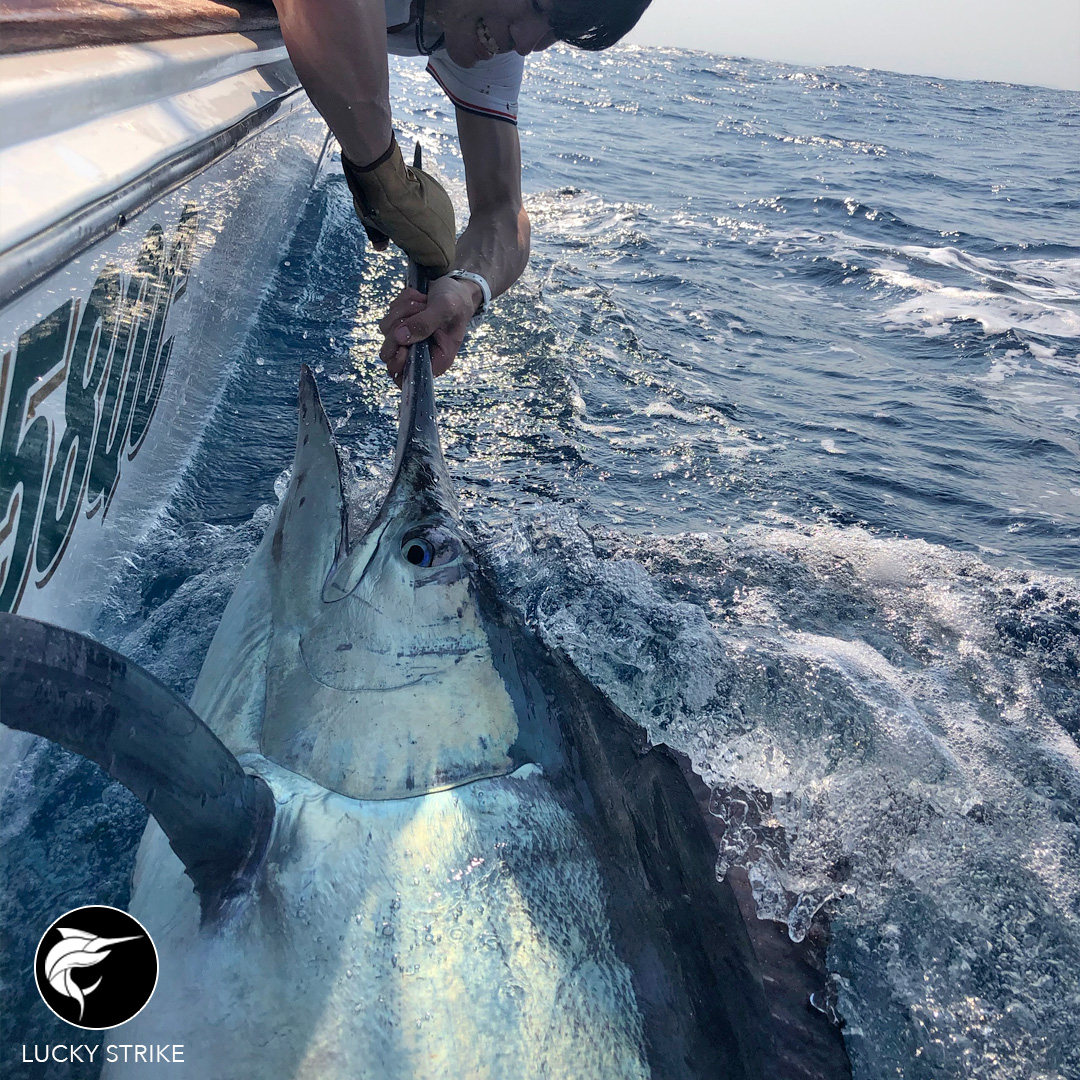