Capt. Ross McCubbin was at it again yesterday on Reel Busy with Craig going 4 from 7 black marlin on lures, switchbaiting and live baiting for variety. Ross says he marked a lot of fish and so many still around! 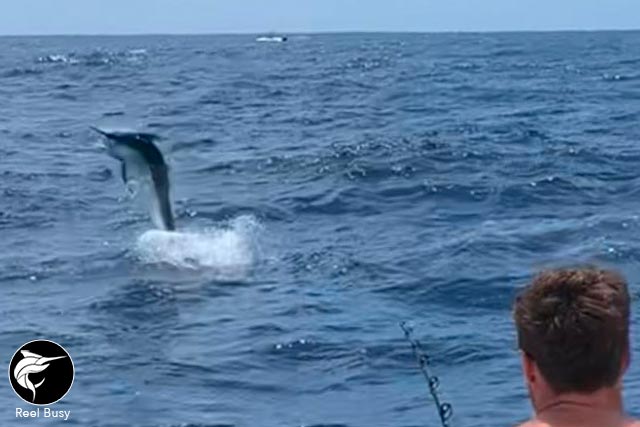 On the 50th year anniversary of the Gold Coast Game Fishing Club, the Garmin light tackle masters held on the 11th and 12th of January saw 26 boats take part. After weeks of great weather, the tournament saw a cold southerly developing and everyone watching every wind app they could for comparisons.

Friday night briefing went off without a hitch and the Calcutta saw French Look III and Viking II as clear favorites to take out the comp.

Conditions Saturday morning saw 10-15knt winds and by the 9am sked, there where already 6 black marlin tagged and released, 1 x wahoo and 2 x mahi mahi.

11am sked Saturday saw another 6 tagged and released billfish and 1 mahi mahi, and there was a clear congregation of the fleet around Spot X with most boats opting for live baiting and drifting

The weather for the Sunday had been upgraded with a strong wind warning being issued, resulting in the committee calling off fishing Sunday, and so the event became a one day shoot out.

Congratulations to all the entered in which can only be descripted and trying conditions.

As an interesting side, all boats and crew were asked to take part in some research with Clarisse and Russell from the University of Queensland on parasitic worms in wahoo, mahi mahi and mackerel for their PHD’s. They addended at the end of day 1 to extract the worms themselves from the boats that brought specimens in. It was great testament to the Club and entrants to lend a hand to scientific research.