Light tackle has been firing once again off the eastern side of Fraser Island with the little blacks hot on the bite last week.

Club boats from SCGFC once again taking advantage of the bite including Michael Scott’s Reel Crazy fishing Wednesday, Thursday and Friday with the aim to get daughter Sofie on her first marlin. Although the weather was not quite friendly enough the first two days Sofie did manage a fish Friday which is hopefully the first of many and Mick said they ended up with 20 blacks over the mornings fished (morning bite).

On Thursday KEKOA‘s Kelly & Luke Fallon again joined in their 21 foot Caribbean Senshi for a red hot 23 little blacks all in a 4.5 hour bite window fishing 2 up. They followed up again Friday with another 9 although the water had rolled over.  All fish were caught trolling dead baits. Interestingly one of these fish was a recapture (pic above) of a fish tagged 10 days earlier on Reel Crazy.

Also joining on Thursday and also fishing 2 up, David “Tagpole” McMaster’s Pole Dancer with 13 year old Bryce Bartleson on board for a massive 18 blacks – awesome work for a young angler!!  Fishing Friday morning before heading home they added another 4. 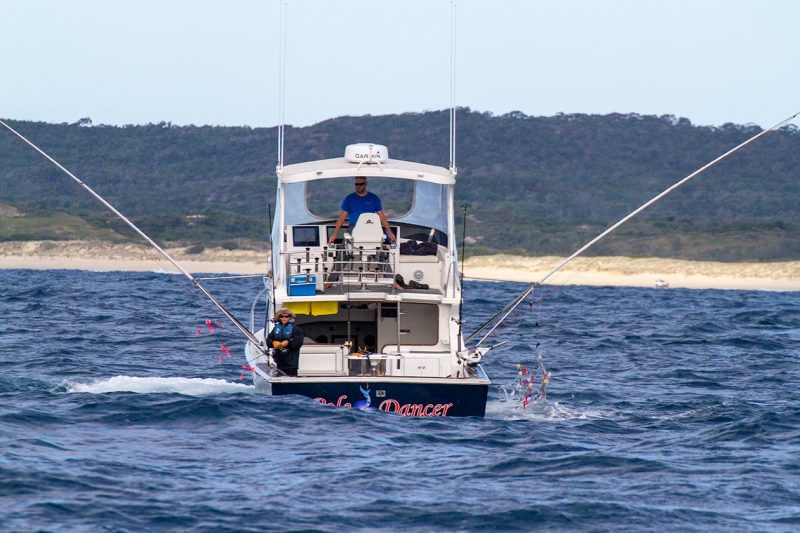