Finishing up on a big girl high 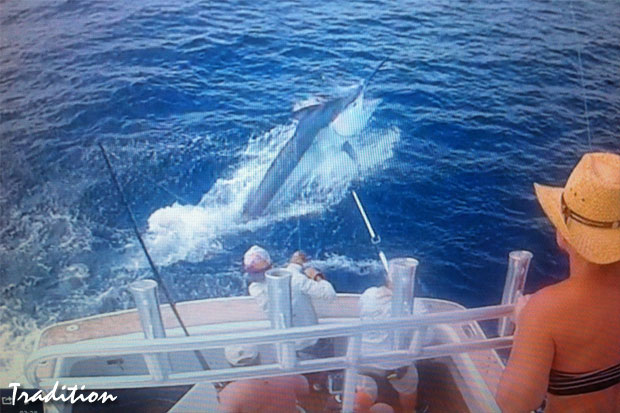 Capt. Tim Richardson on Tradition certainly put his guests onto a great last day’s fishing ending with 3 from 5 with a big fish that he put at 1100lbs straight up out of the blocks on the final day before heading back into town yesterday.  Father Mark Gath has his own Cairns grander black marlin to match his son Stetson’s from last year in a very similar epic end to their trip!

Later in the day, he added two more, including one just before lines in, to put each son onto a fish about 350lbs each meaning the whole family of 4 caught one this year.

Meanwhile on KEKOA with Capt. Luke Fallon, we had three soft bites to convert one at 500lbs for Kasey which was his first very black marlin.

Capt. Jared Weir on Shaka caught one about 300lbs and had another big fish encounter and the story of the day – one of those cases where you wish you had the video running preemptively. Jared says “(We) had the biggest bite ever. A 700+ came flying 15 ft straight out of the water on the bite, flipped sideways and upside down with our big bait speared through the side which came flinging off her bill and she landed across our other bait. We had both rods pull drag for a minute before she fell off. It was more dramatic than how I described it.  But it was the most amazing site we had ever seen!”

Catch up report – great fishing from the weekend on Capt. Steve Ahler’s Hellraiser – Sue tells me they sent four marlin ‘virgins’ home very happy with 4 from 5 at Linden Bank. On Saturday they released a 150lb black, then followed up on Sunday with a 250lb blue, and two more blacks at 500 and 850lbs. 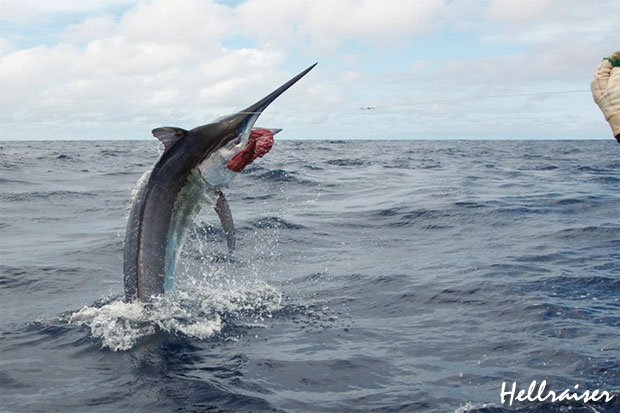 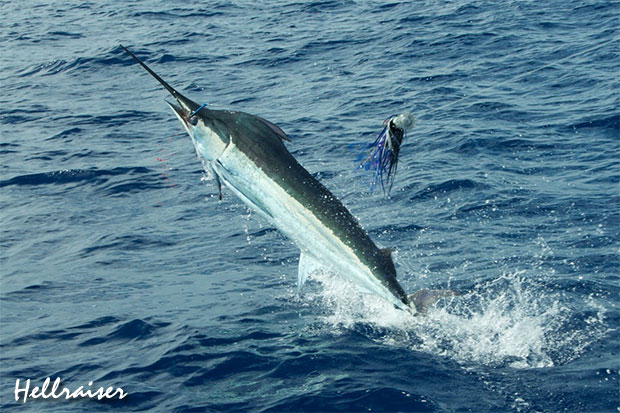