Big fish at the top…continues 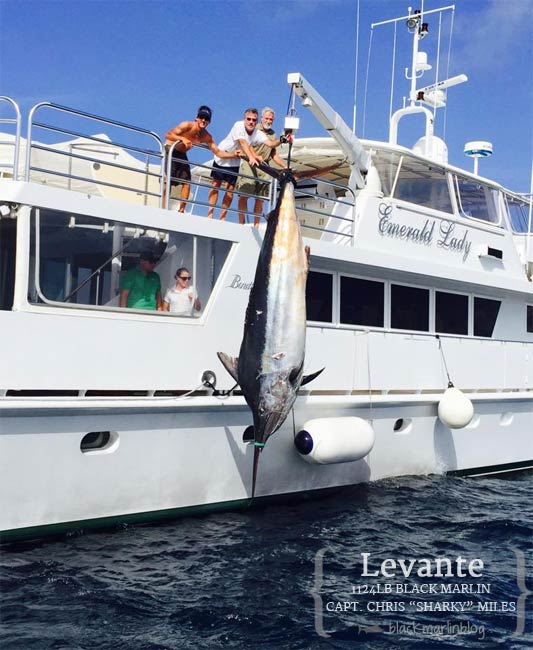 More big fish at the top of the Ribbons yesterday and some exceptional fish at that. Capt. Chris “Sharky” Miles on Levante tells me that he’s catching plenty and some very nice ones among them including this fish that weighed 1124lbs.  Bevan (and Jason) on deck said that it was the 2 o’clock bite for angler Bob Struwe and that he fought the fish for 40 minutes which was the big bite on skipping big Spanish mackerel in short.

Another who got onto the big fish yesterday at the top after releasing a smaller model and watching a few of the nice ones being caught, was Capt. Tim Richardson’s Tradition.  Later in the day he headed back to the spot where he’d seen the big fish free feeding the day before and she just exploded on the big scaley mackeral. Greg had the right fish this time, it did all the right things, big jumps, running deep and then big explosions on the surface.  Photo at top.

I also heard that Capt. Craig “Sparra” Denham’s Black Label also caught a very nice one. And Capt. Kim Andersen’s Duyfken made the overnight trip up from Cairns worthwhile with a 4-3-3 at 900, 700 and 100lbs.  Kim tells me that the 100lb-er was Josh Wright’s first marlin an the 900lb-er his second – great way to start off your marlin fishing experience! While Darren Wright accounted for the 700lb-er.

Down in the Middle, birthday boy Capt. Tim Dean on Calypso tells me he had a great day’s fishing chaffing a great big fish off after 2/5 hours – a great result for her ;-) Tim says he loved every minute of it with the fish doing just the one big jump 35ft from the boat before taking them out to sea. Happy Birthday Mr. Dean!

And also in the Middle, on the way into Cooktown on changeover on KEKOA with Capt. Luke Fallon, we had the big crash tackle bite on the mac tuna and fish jumping over the horizon towards the breakers which was a nice big one for Andy and finishing the trip on a high with 10 for the 5 days! 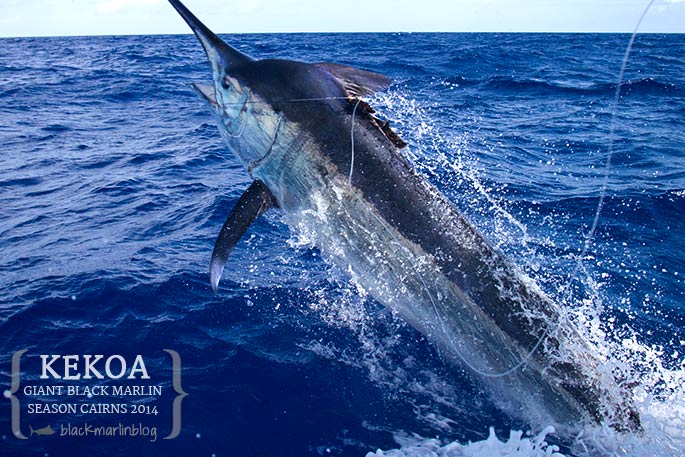 And right down at Linden Bank (do you feel left out Grant?), Grant Thomson’s Cjig has been finding a few. Grant started out fishing at Myrmidon but couldn’t resist heading north after hearing about the season up here. They went 1 from 2 on Friday at the Bank with a nice one for Laurie Smith that he put at 800 (pic) – well done Laurie! 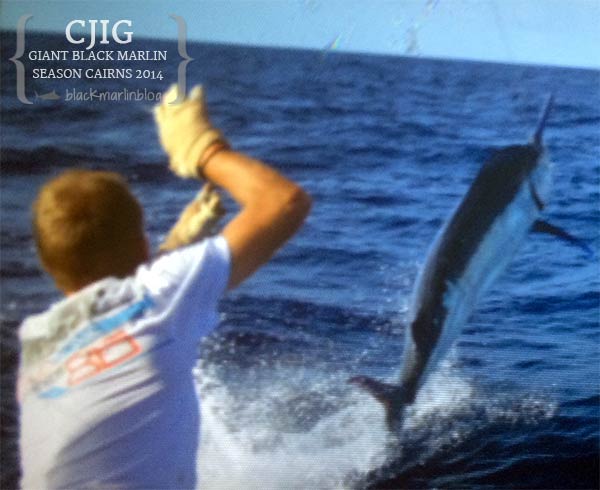 And last but not least, Lachlan sent me his season video from on board Catapult for the season. The Sunshine Coast clubbies have had another great year of fishing and Catapult was one of the boats leading from the front!