A great day at Linden Bank for the team on Capt. Casey Dent’s Zulu going 7-6-5 black marlin with fish at approx 100lb, 300lb, 800lb, 900lb & 950lb. Amanda tells me that it was terrible weather but marlin action all day – awesome fishing! Photos above and below.

Capt. Dan McCarthy’s Moana III is back in Cairns after a three day trip. Unfortunately not so up to the weather they played inside, jumped a sail off and caught one little black and baits and GT’s.  Dan has an opening during prime dates 30 October to 2nd November if you are interested, send Dan a message. 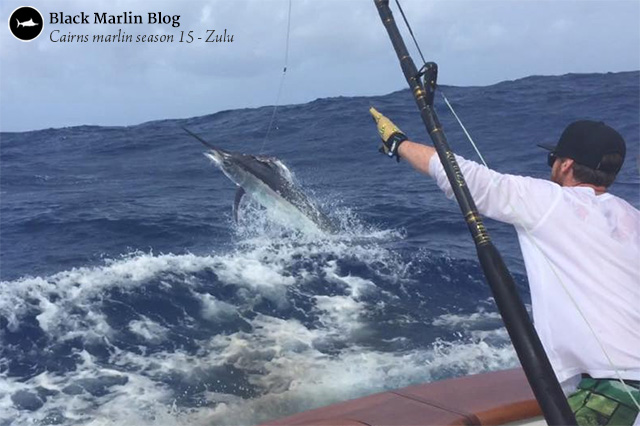 Club Captain Brent Higgins reports that while the Saturday weather was terrible, Sunday was glamour and lots of blues have shown up setting the scene for a good bite.

In the tournament, it was Colin and Kylie Hombsch’s Reel Action that stole the show wining with 5 blues and a sailfish for the two days of fishing – with Colin & Kylie Hombsch and Mick and Nicki Reeve on board.  Runners up were the team on board Chaos. 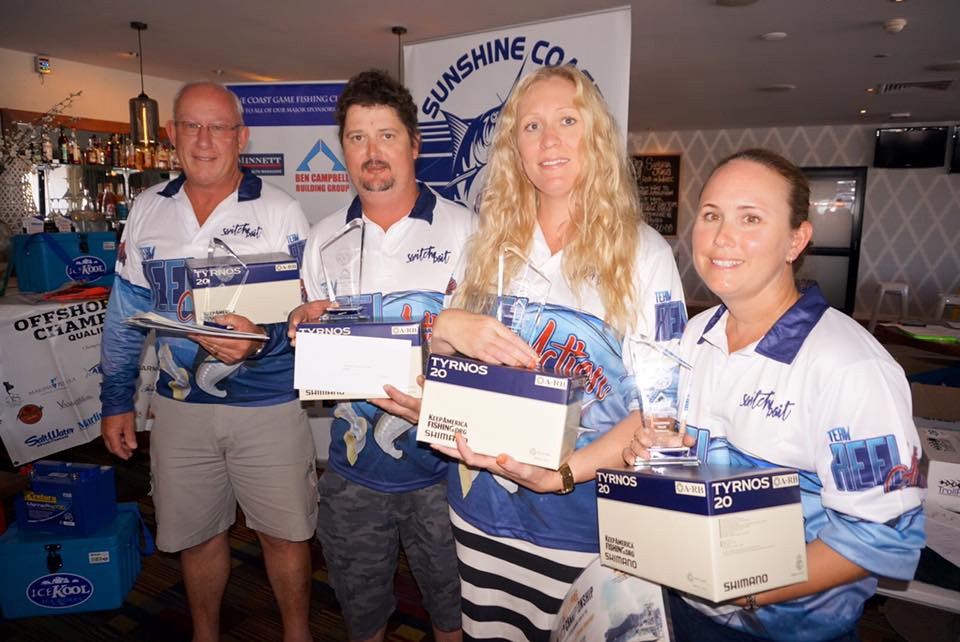